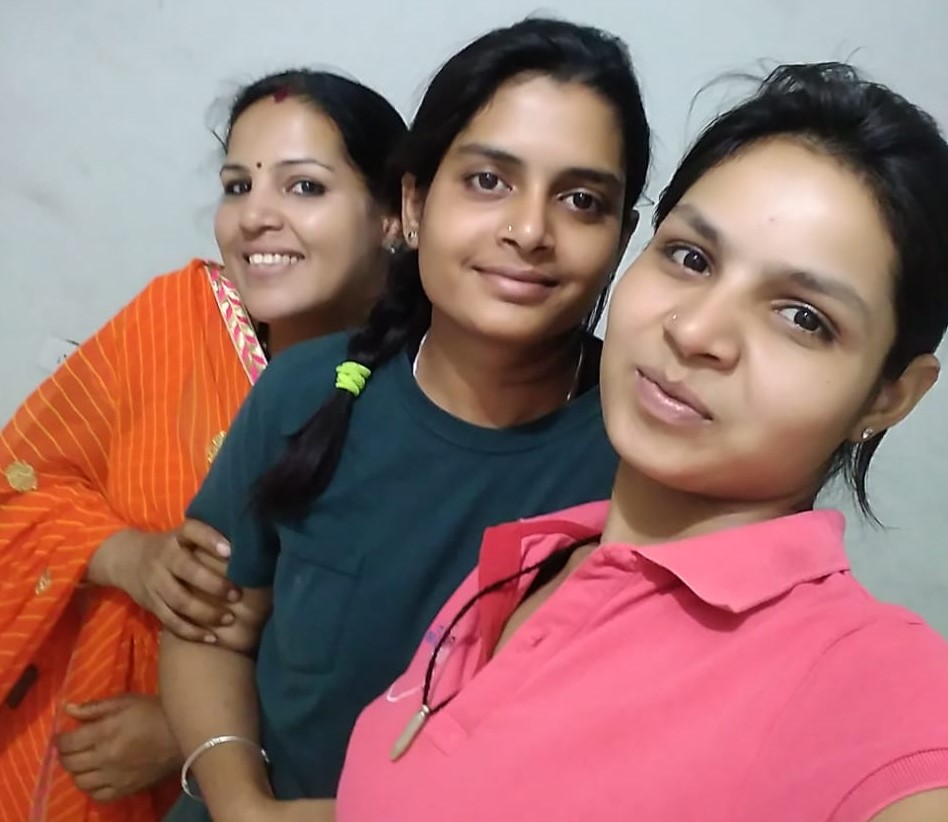 Durga Yadav, an artisan from Devigarh, Rajasthan, has proved to be one of my biggest inspirations in my life.

I started interacting with Durga in 2017 when she was invited to attend Women on Wings’ 10th anniversary event in The Netherlands. I was given the task of getting her passport and visa. I never in my life thought that I would have enjoyed this administrative task so much. This started a very unique relationship. She was the first one to get a passport in her village, let alone travel outside the country. Her paperwork went off smoothly and with tons of instructions she flew off to The Netherlands. Her first ever time in a plane. True to being the Indian that she is, she took home made sweets and savories for her Dutch hosts. I am told her speech at the event drew a standing ovation and did not leave a dry eye.

Since then, I have had many conversations with Durga which have always been full of opportunities, hope and optimism.

Cut to the present. Ineke, my colleague, suggested that I should talk to her and find out how she is doing during this corona lockdown.

Conversation with her left me with such mixed feeling. Her exuberant voice filled my heart with joy and then her comments left me with inspiration and sadness. She told me how there is no work, and everyone is locked in their homes. How it’s so silent and lonely, but she kept insisting that she and her family are fine. Her enthusiasm didn’t wane. When I asked her if she is stocked up, something that we in urban areas where we have the means and the funds to keep buying did, she said: “Yes don’t worry. Our village panchayat (village council) is looking after us and I have wheat for a few months”. What she was missing was the human connect, her work and generating livelihood…. She was so grateful about her family being safe. The cherry on the top was that she called me back and said it made her so happy that I had called. I put it in my calendar to call her every week.

I called her again after a week and she said that she is helping the village panchayat cooking food for the less fortunate than her while taking full precautions. She was informed enough to know that the virus had not reached Devigarh but had reached Bhilwara which is 3 hours away. When I asked her that if it’s confirmed as it could be rumors, she said ‘no there were 2 people who had come from New York’. Having said all of that the excitement in her voice, the hope in her words and the happiness inspite of and despite of everything did not leave her.

She promised to call me if she needed anything and for a general conversation.

And I would almost forgot to mention that Durga always when I call her, asks about how I am doing and how my family is doing. She is such a big hearted person!

Picture taken on April 2, 2020 during Ram Navami festival: Durga (left) with daughters Anjali (center) and Anchal (right) who are all safe and healthy. The girls are studying from home.