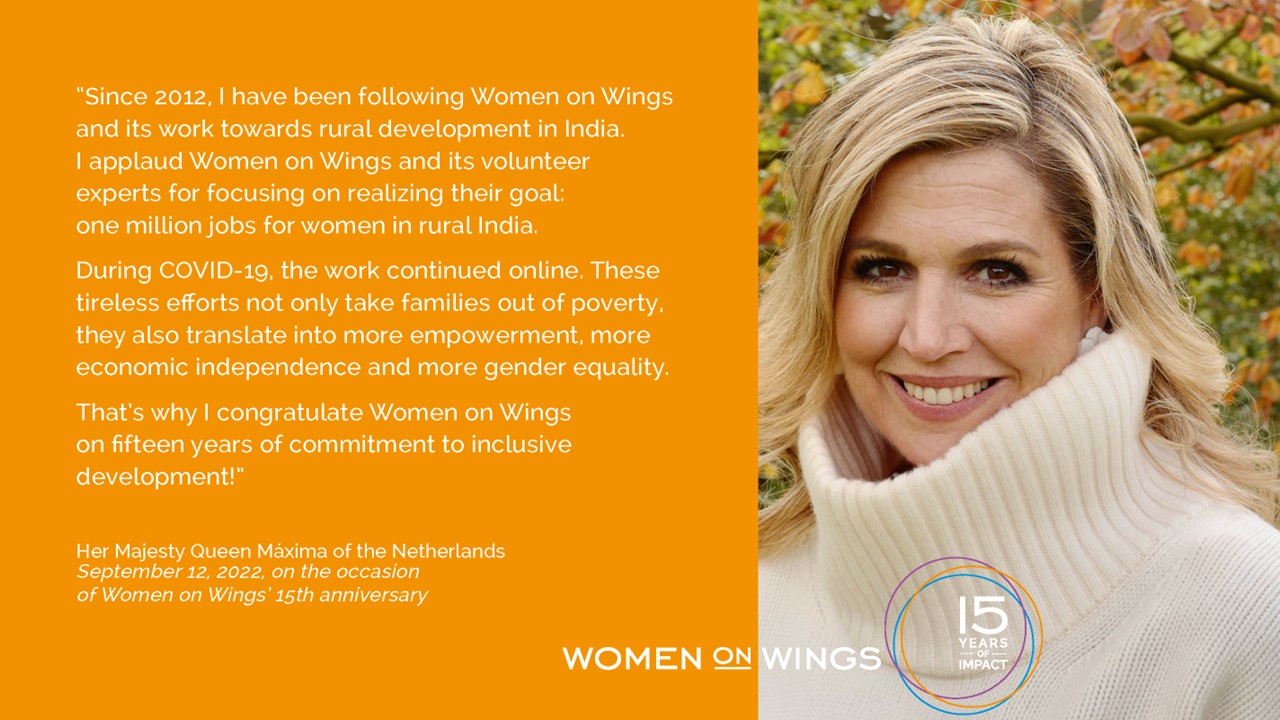 Queen applauds experts
On the occasion of Women on Wings’ fifteenth anniversary, Queen Máxima sent a letter to Women on Wings which read: “Since 2012, I have been following Women on Wings and its work towards rural development in India. I applaud Women on Wings and its volunteer experts for focusing on realizing their goal: one million jobs for women in rural India. During COVID-19, the work continued online. These tireless efforts not only take families out of poverty, they also translate into more empowerment, more economic independence and more gender equality. That’s why I congratulate Women on Wings on fifteen years of commitment to inclusive development!”

Ten years of royal support
In September 2012, her then Royal Highness Princess Máxima was present at the fifth anniversary celebration of Women on Wings. During the event she unveiled the number of jobs created for women in rural India in those five years: 51,300, which has in the meantime grown to 281,000 jobs. After unveiling that result, she addressed the audience and said ‘If you invest in jobs for women, you invest in the entire family.’ Since then, Women on Wings keeps Queen Máxima informed about its work and results. Also, Women on Wings representatives spoke to the Queen during the Dutch royal state visit to India in October 2018, and in April 2022 during a state banquet on the occasion of the state visit of the President of India to the Netherlands. Women on Wings is extremely proud of this royal support to its work towards rural development in India.