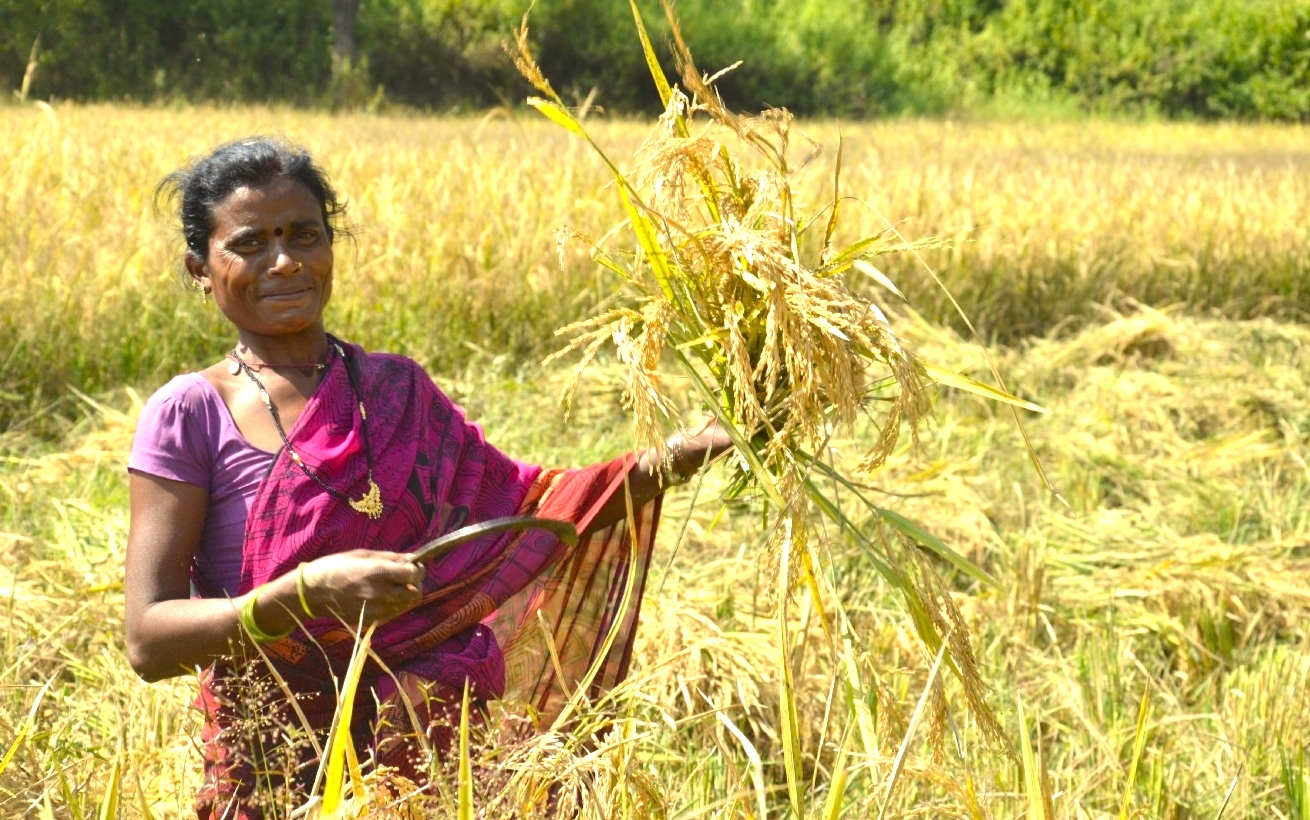 Bhoomgaadi Organic Farmer’s Producer Company Ltd. is a collective of 3,000 tribal organic farmers – largely women – which aims at connecting the indigenous and diverse organic produce of the community with the urban market in India, thereby providing them a crucial support for livelihood. Women on Wings and the social enterprise from the state of Chhattisgarh are now joining hands to co-create extra jobs for women in rural India.

Indigenous & Original
The farmers of Bhoomgaadi Organic Farmer’s Producer Company Ltd. (Bhoomgaadi) have been following natural farming practices for generations, combining the principles of health, purity and flavor in every product. Incorporated in 2016, Bhoomgaadi organizes tribal women, small and marginal farmers from remote villages, to gain collective bargaining power and scale in the market. This has helped in aggregating the produce at the village level; transporting it out from the villages, and achieve a scale in processing, value addition and marketing. The farmers, being the shareholders and members, govern Bhoomgaadi through collectively appointed Board of Directors. Bhoomgaadi procures more than 30 types of produce from the farmers including various indigenous varieties of paddy, millets, pulses, oilseeds, spices and some quantities of forest produce.

Women farmers
Though, only organically grown produce can be given to Bhoomgaadi, the process of registration and procurement is kept simple with minimum documentation and requirements from the farmers. The procurement is done by Bhoomgaadi at the village level with the support of the local farmers. This has helped women farmers from remote regions and without land titles in their names and lack of means of transportation to be able to give the produce to Bhoomgaadi which are sold under the brand name of Aadim. The word ‘Aadim’ denotes something that is original, the ancestor of everything.

Make a difference to consumers and farmers
All Aadim products are grown, stored and processed without the use of chemicals. The rates are collectively decided through the consultation with the farmers keeping in mind the market trends. There is a differentiation in the procurement price kept between various varieties of paddy based in their unique characteristics based on fineness, aroma, medicinal and nutritious value. This has given an incentive to the farmers to conserve and grow an array of traditional varieties of paddy which were once on the verge of extinction. The access to fair and organized market linkage for crops other than paddy has also given incentive to the farmers to grow them on larger scale. Through Aadim, Bhoomgaadi attempts to make organic, healthy and pure produce available to consumers and make a difference in their life as well as those who grow it.