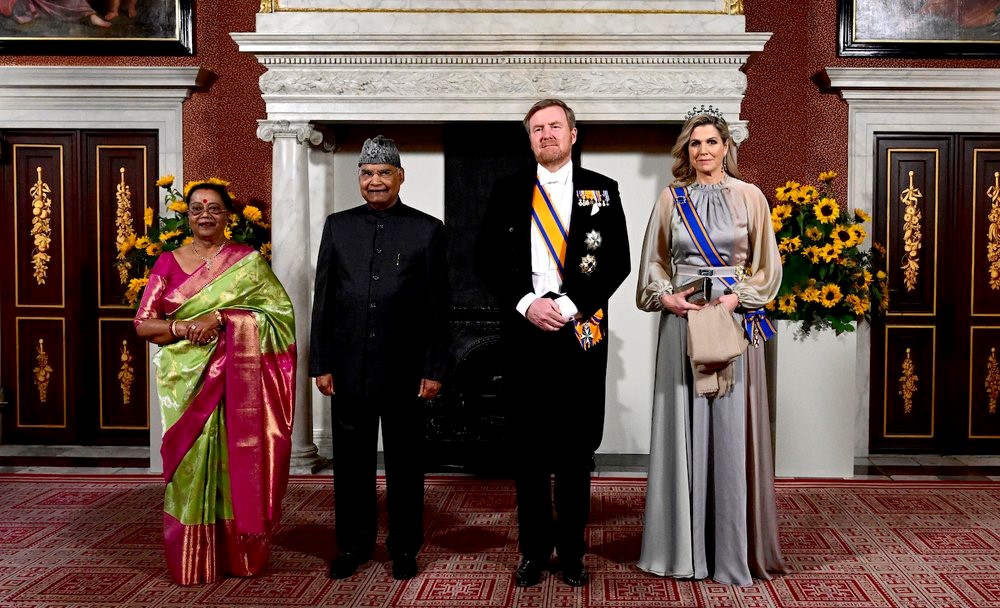 President of India Ram Nath Kovind and First Lady Mrs. Savita Kovind paid a state visit to the Netherlands from 4 to 7 April 2022. The visit highlighted this year’s commemoration of 75 years of diplomatic relations between the two countries. During a state banquet, a Women on Wings team spoke to Queen Máxima about the work in India during the pandemic.

Royal recognition
Joint MD Ronald van het Hof and his wife Ineke Bezembinder represented Women on Wings at the state banquet. Ronald van het Hof: “Before dinner, we were introduced to the President and First Lady, and the Royal Couple. After dinner, Queen Máxima invited us for a conversation as she was keen to learn how the pandemic had impacted our partners in India and how we had been able to continue our work. Her Majesty said that in this post pandemic era, Women on Wings’ work is more important than ever, and she wished us, and all involved, a lot of success.” Talking to Queen Máxima is a wonderful recognition for all who are contributing to the realization of Women on Wings’ mission of taking families in rural India out of poverty through economic development; team, experts, board, Friends, donors, and all partners.

Contributing to India’s growth and development
India and the Netherlands enjoy long-standing friendly and multi-faceted relations with a broad agenda of cooperation marked by shared values of democracy, rule of law and growing convergences on global and regional issues. Significant investments are also flowing from India to the Netherlands. India offers new opportunities for Dutch companies, small and medium enterprises, and start-ups to ‘Make in India, Make for World’. Dutch expertise in various sectors is a natural fit for India’s growth and development. Since 2007, Women on Wings shares international business knowledge and expertise with its Indian business partners to support them in their overall growth so more employment opportunities for women in rural India are being co-created. Through job creation, Women on Wings contributes to the overall development of rural communities in India.