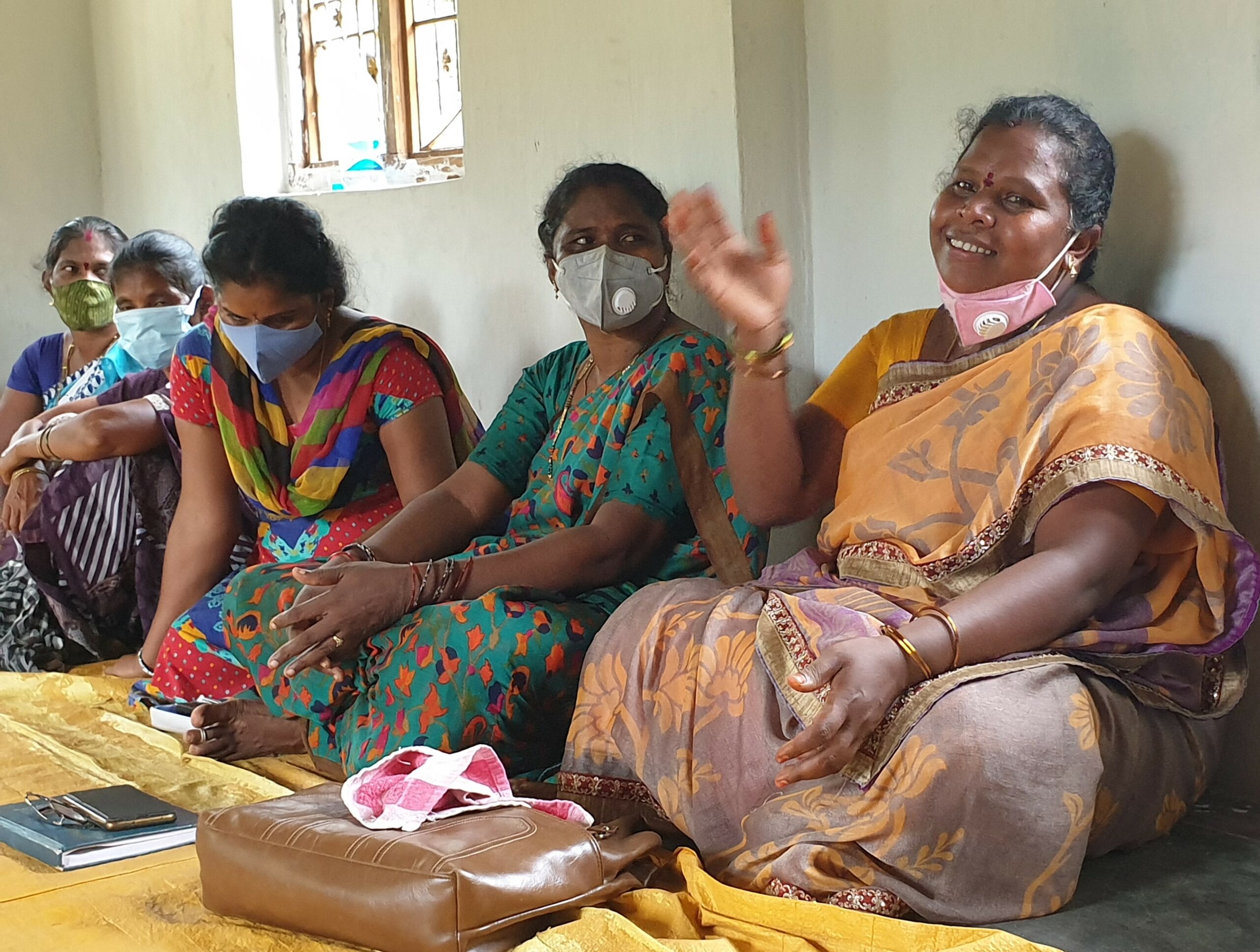 Paradhani Vijaya shines when she speaks about her happy childhood. Her father raised her saying that having much money was not the most important thing in life. Having a good husband was. He himself was a good husband to her mother and a good father to her and her siblings. He treated them equal and sent all of them to school.

Loving farm life
Paradhani comes from a tribal farmer’s family in a village in the Visakhapatnam district in India’s state of Andhra Pradesh. Paradhani: “My father grew vegetables and spices on leased land and after school I loved helping him. I wanted to understand all about growing crops. And I enjoyed visiting the market to also learn from other farmers. My parents never shared their sorrows about bad crops or no income with us, so we enjoyed a carefree childhood. All of us would help during school holidays because it was fun.” Paradhani is happy to share her childhood memories with a Women on Wings team that visited her village.

Progressive thinking
Her parents wanted the best for all their children. Paradhani continues: “I felt going to school was a big deal since not many girls in my village did. I was a lucky girl. Next to educating all of us, my father would always stress the importance of being independent, which was a different thinking in those days. The most important thing, he said, was finding a good husband and living a good life together. Which I now do with Gangaraju, whom I married at the age of 21.” During her marriage, Paradhani continued working and contributed to the family income. Her husband always supported her choices.

Natural leadership
First Paradhani worked with other women in Self Help Groups (SHG), where she witnessed that her education and knowledge about crops really made a huge difference. Having a business mind and natural leadership, she was appointed chair of a Farmer Producer Organization (FPO) which involves a total of 2,600 farming families in the region. What started in 2013 as a project for women farmers, now is a very successful social enterprise. In the first and second year, the FPO had an annual turnover of 100,000 Rupees (or 1,150 euro). Paradhani combines a business and creative mind: “I started creating value added products. I invested in a pulverize machine which could for instance make turmeric powder. This helped grow the FPO to a 12 million Rupees turnover.” (or 138,000 euro). Adding proudly: “I now aim at a turnover of 5 crores.” (50 million Rupees or 574,000 euro).

Working for prosper community
Being independent and living a good life with her husband always has been the drive behind all the work that Paradhani does. “As chair of the FPO, I feel it is important to do research on what people in my community need. I listen to their voices and actively help other women to empower themselves. And I promote natural farming to all tribal families involved with the aim to create a healthier environment”, says Paradhani. The people in her community recognized Paradhani last year by voting for her to become vice president of the Gram Panchayat (village council) for the next five years. Under her guidance and leadership, Paradhani’s community looks at a prosper future.

Support from Kovel Foundation
Paradhani’s FPO and many others get support from Women on Wings’ partner Kovel Foundation (Kovel). Kovel’s mission is to improve the quality of life of forest dependent tribal families in India. Kovel also focuses on promoting FPOs with tribal women in particular. Since summer 2021 Kovel and Women on Wings are collaborating on their joint mission of increasing the number of jobs and create livelihood opportunities for women in rural India. Recently, teams of Kovel and Women on Wings travelled together to the field to meet women farmers and see how their communities are benefitting from the income earned.

Photo: Paradhani (right) shines when she speaks about her happy childhood.