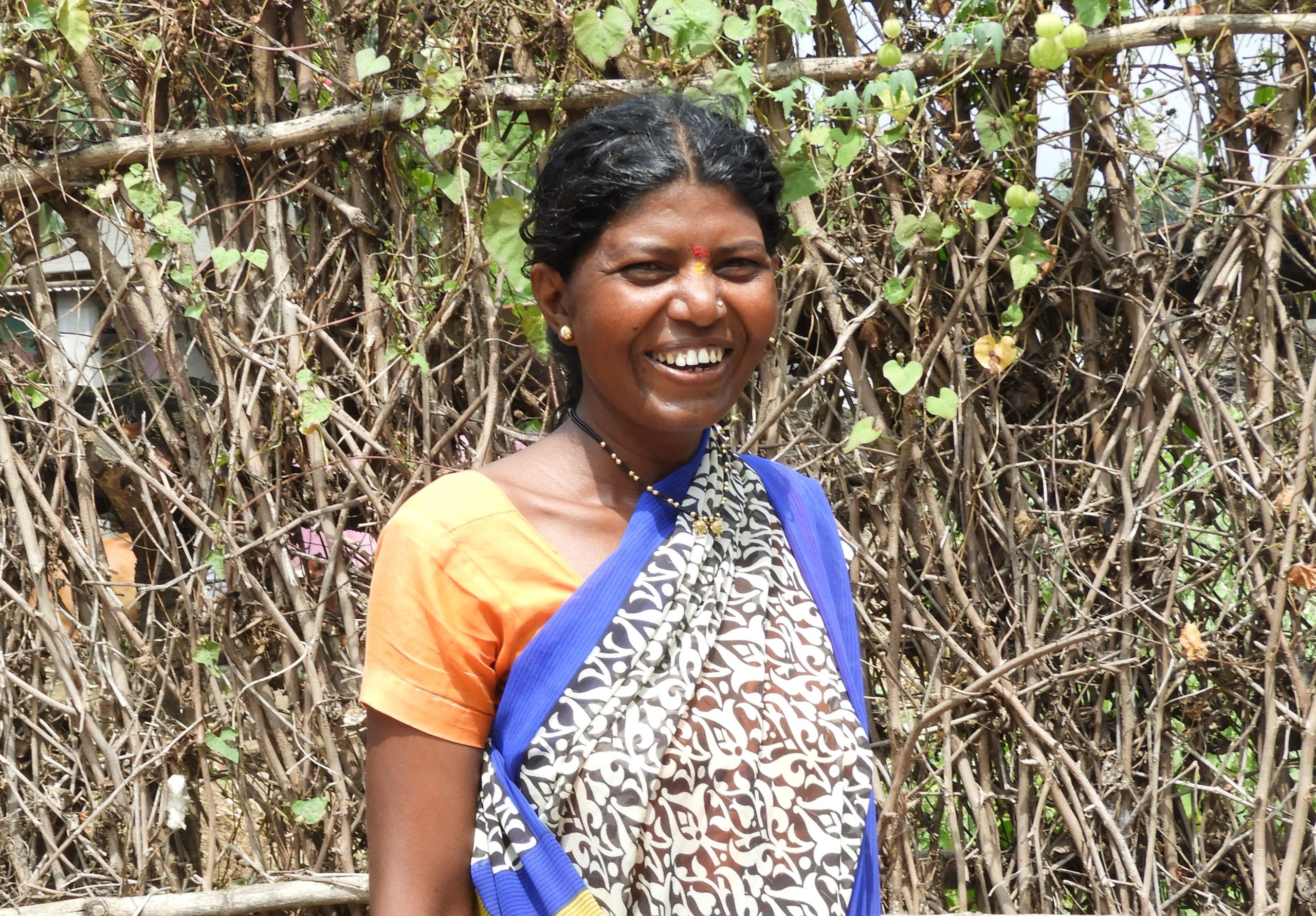 Surekha Neware is one of the female farmers of Yavatmal’s farming community from Warud village, in the state of Maharashtra, engaged with Women on Wings’ partner GramHeet. Every year she had to face the challenges of distress selling. But this year, thanks to GramHeet’s services, Surekha is looking at a brighter future with less challenges.

Building her future
During harvest season the prices are always low. But Surekha is unable to hold the produce till prices increase, as she has no storage space at her house. She was in urgent need of money to repay agri-input sellers and set up an irrigation system on her land which will enable her to increase production next year. For the first time ever after harvest, Surekha, took her produce directly to the GramHeet Mandi to store it. She stored her 2.1 tons of soybean produce at GramHeet’s Village Trade Centre. Immediately after this, she availed post-harvest credit of INR 50,000 (570 euro) against the stored produce from GramHeet’s financial partner Rang De. Through this a low cost and affordable credit, Surekha manages to repay the agri-input seller and some essential household expenses.

Supporting female farmers
Women on Wings’ partner GramHeet understands that the farming sector has always witnessed greater contribution by female farmers over male farmers. Its work aims at highlighting the efforts of such female farmers and thereby build an ecosystem that provides them the needed constant support. More than 30% of the farmers who have availed GramHeet’s services have been female farmers like Surekha, and the impact is only seeing an upward growth.

Surekha feels more empowered
Due to the efficient delivery of integrated post harvested services at village level from GramHeet, Surekha has realized 25% income increased through the seasonal price gain and reducing the post-harvest expenses. Surekha believes that she has been able to engage herself more in the decision-making process in her family and truly feels empowered as she was involved in the selling process of her produce. Surekha is one of the many success stories about female farmers who have received support from GramHeet and ensure their entry back into the value chain not merely as cultivators but as farmers.