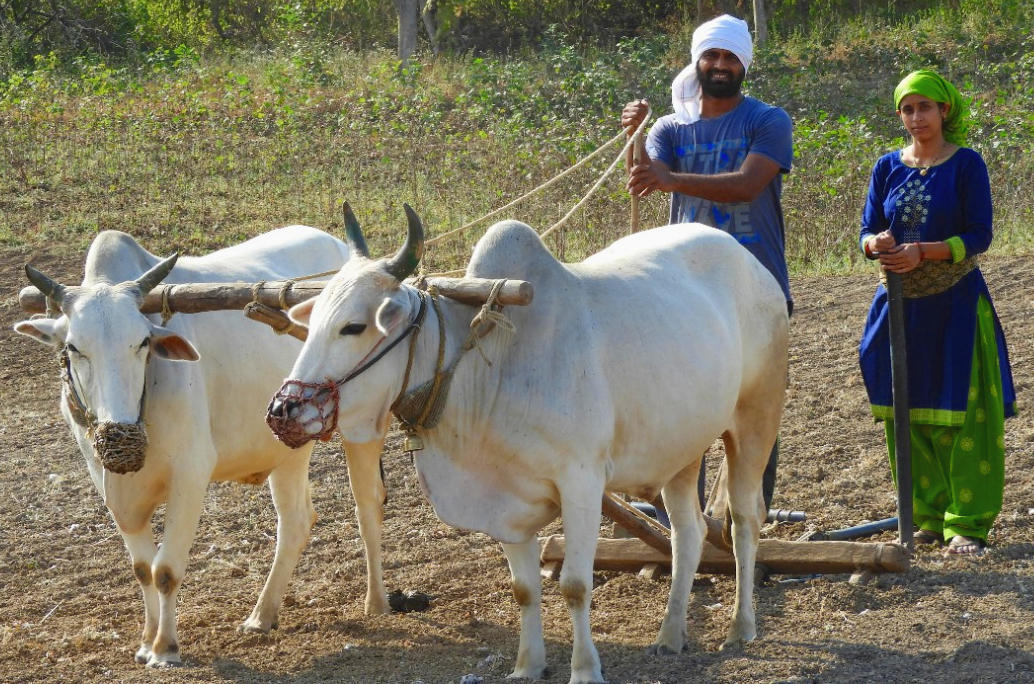 Social enterprise GramHeet Pvt Ltd aims to build an ecosystem where every farmer can work with dignity and pride. It is committed to a ‘farmers first’ approach. This stems from the fact that both its co-founders themselves come from farming families. GramHeet Pvt Ltd and Women on Wings have started collaborating on bringing women farmers back into the value chain, thereby improving their financial independence resulting in higher respect and dignity in the household.

Farm life experience
GramHeet Pvt Ltd (GramHeet) offers a holistic bundle of services to farmers with a mission to make farming a profitable business for them. GramHeet is an amalgamation of two vernacular Marathi words—‘Gram’ and ‘Heet’ which translates into ‘prosperity of the village’. Understanding the complexity of agrarian distress like no other, GramHeet’s co-founders Pankaj Mahalle and Shweta Thakare (see image) used their own experience to build GramHeet. Both come from farming families in a village called Warud, in the Yavatmal district of the state of Maharashtra.

Safeguarding agriculture and food
Agriculture is a key contributor to India’s development story, where nearly 60% of Indian households are directly or indirectly dependent on it. The sector that qualifies as the largest employer in India faces a plethora of problems such as high cost of cultivation, lack of post-harvest infrastructure, exploitation of farmers at the hands of intermediaries, low price discovery, mounting debts on farmers for the funds borrowed from informal sources of credit, and lack of backward and forward market linkages. These are the leading factors which have pushed 62 million farmers into a vicious debt cycle. In India, more than 40% of farmers want to quit farming if alternative employment opportunities are made available to them, hinting of a probable national food crisis where not just the 60% of population, but as much as 1.3 billion people will be severely affected.

Using learnings to reach 118 million farmers
In order to avert such a situation, GramHeet currently works with smallholder farmers in the Yavatmal district, Central India. Shweta Thakare, co-founder and COO at GramHeet: “We are born and raised in this district. It is the most distressed agricultural region and has recorded the highest number of farmers’ suicides in India. Almost 53% of the 189,000 smallholder farmers in Yavatmal are in a vicious debt cycle. Learnings from Yavatmal will help us scale up our work to reach the target population of 118 million smallholder farmers across India, who own less than five acres of land.”

Providing holistic services to farmers
GramHeet proposes an integrated model that aims to provide a one-stop marketplace for farmers at the village level called GramHeet Mandi. Pankaj Mahalle, co-founder and CEO at GramHeet: “In this GramHeet Mandi, farmers have diverse choices such as to sell their produce or store it till occurrence of favorable market conditions or even add value through primary processing for multifold returns. To further bring in transparency and efficiency in our services, we also have a GramHeet Mandi App, a farmer-friendly digital platform that facilitates our services. It not only informs farmers of better prices but also makes it convenient for them to sell their produce.”

GramHeet and Women on Wings
GramHeet is on a mission to build an ecosystem where every farmer cultivates with dignity and feeds the world with pride. This goes even beyond ‘just’ creating livelihood opportunities. To support GramHeet in its mission, Women on Wings and GramHeet have started collaborating. They will jointly work on bringing women farmers back into the value chain thereby improving their financial independence resulting in higher respect and dignity in the household. Ultimately, this will result in improved income for rural households improving their livelihood and living standards.