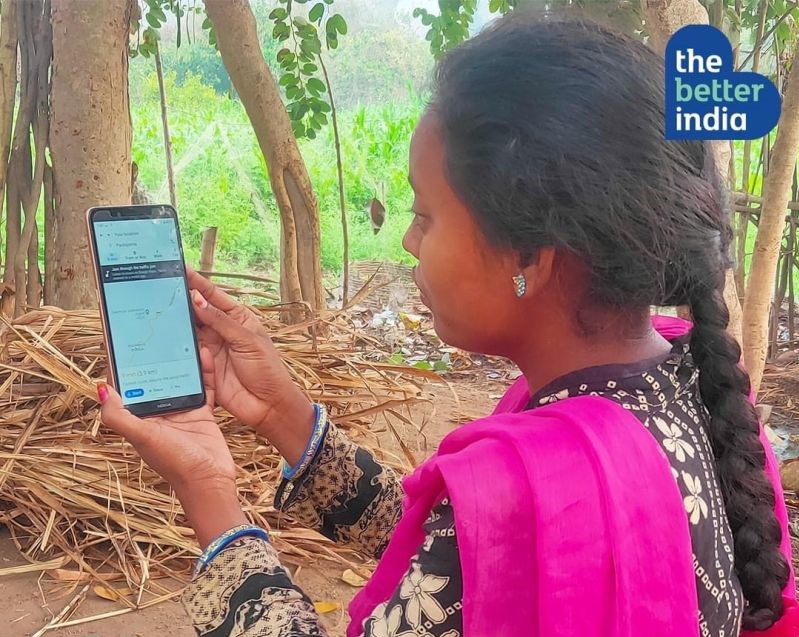 Women on Wings’ partner Grameena Vikas Kendram Society’s (GVK) Chief Functionary Aneel Kumar Ambavaram was selected as one of twenty changemakers to collaborate with the #NokiaC3forChange initiative. As a result, six Nokia C3 smartphones were distributed amongst GVK’s cotton farmers, one being Jatala Sathyavathi from Andhra Pradesh.

Providing for family
Having used the phones for a month now, the farmers are discovering new uses of advanced technology. Be it learning about organic farming techniques, addressing plant-related issues through AI-based applications, learning new skills or even gaining necessary information about their land disputes; access to Nokia smartphones has opened up the world to them. Jatala Sathyavathi is a BCom graduate who has been helping her mother and sister in the fields: “I lost my father at a very young age, and since then, my mother did everything possible to raise us well. The biggest thing she did was to give us the opportunity to study. Now, it’s my turn to give back to her by helping on the fields. But I want to also make use of my degree, and the phone has been helpful in that regard. I want to upskill myself and find a good job so that I can give my family a better life.”

Mobile phones support farmers
GVK’s Chief Functionary Aneel Kumar Ambavaram is proud to have been selected as one of the twenty changemakers in the #NokiaC3forChange initiative. Thanks to that, six famers engaged with the social enterprise are now using the Nokia C3 smartphones provided by Nokia. “Helping our farmers become landowners has been an ongoing process. But it has become a lot easier now with phones. This has also helped them gain access to several government schemes, etc.,” says Aneel, who is also helping some of the farmers avail online crop insurance after the cyclonic storm Nivar ravaged their fields in late November 2020. “Usually, more than 500 kilos of cotton is harvested but this year due to the storm, they got only a 150-kilo yield. During instances like these, farmers can now apply for crop insurance. We have also downloaded a weather application on their phones that can be extremely useful to predict such situations,” he adds.