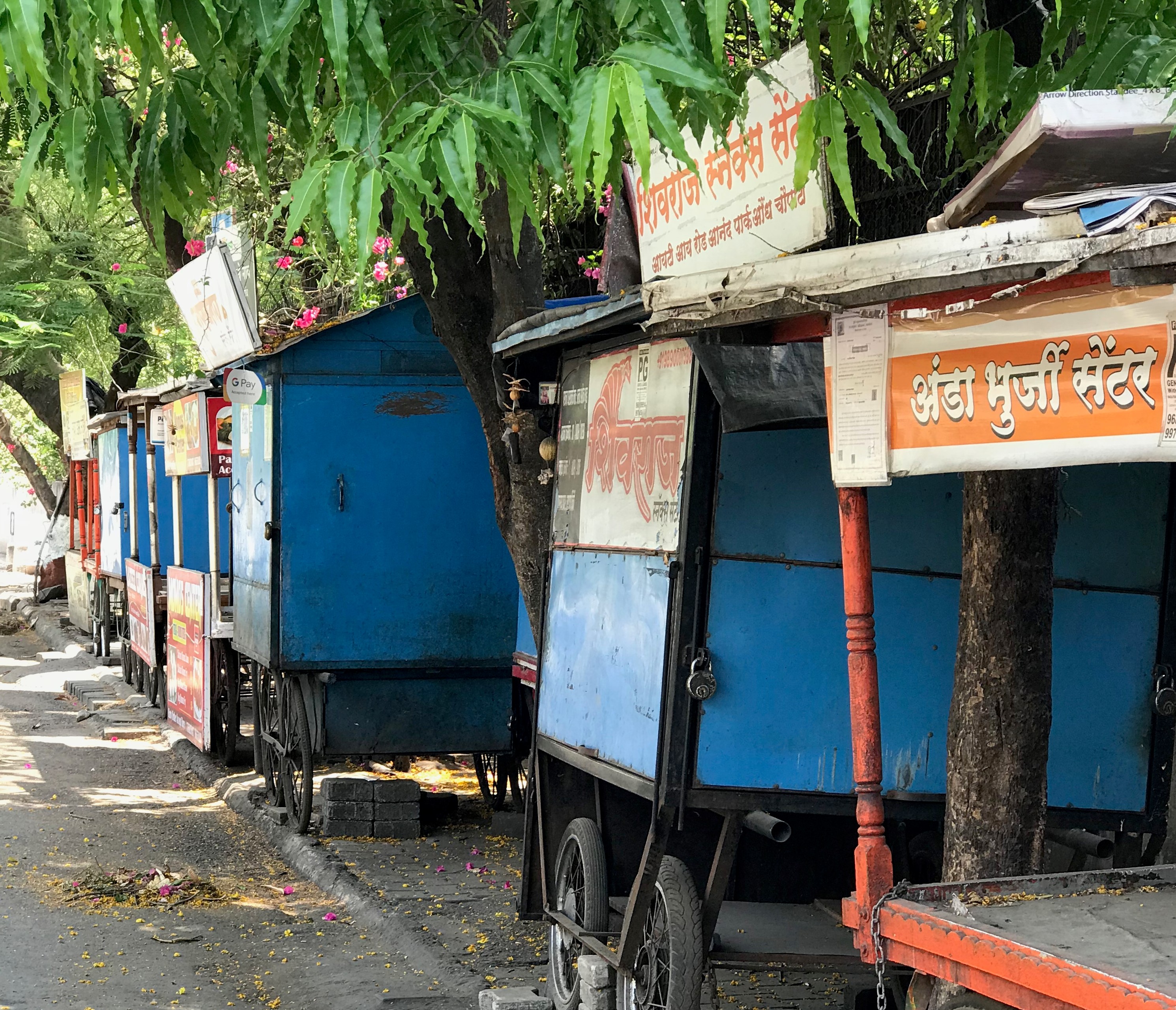 Namasté!
Like almost all countries, India has been in an – initially complete – lockdown since March 24. Immediately, very strict measures were announced, which kept people at home for weeks. There are different ways to apply the new rules, which differ per state. But for me and husband in Pune, Maharashtra, it meant a significant adjustment in our daily lives.

The first few weeks, we were only allowed to go out shopping for groceries between 10 AM and 2 PM, and face masks were mandatory. In the beginning, food was still well stocked, but as the lockdown lasted longer, the shelves became increasingly empty and there was less and less variation. Potatoes, cucumbers and rice will always be there, but imported products, such as feta cheese, olives and canned tuna, became more difficult to obtain. Cars were no longer allowed to drive, so we had to use our bicycles to go shopping, wearing the mandatory mask in 40 degrees Celsius. Our staff, like driver and cook / cleaner, also had to stay at their homes.

Yet this is only a minor concern. We feel safe, are healthy and we are creative in cooking. More worrying is the fact that the small business owners like the tea seller, the street food stalls and the general stores, have to keep their businesses closed for weeks. In India, no work equals no income. There is no backup at all. Many initiatives arose to distribute food, especially to migrant workers who sometimes traveled hundreds of kilometers on foot to reach their home village and be with their families. Reading their personal stories in the newspaper makes me sad. This huge exodus from the big cities could just have caused a terrible corona outbreak. It failed to materialize. Luckily.

Many more beggars than before COVID-19 appear in the streets. Some people can no longer pay their rent and are forced to live on the street. The people with a good income mainly have (social) inconveniences that arise from this lockdown. People in the lower income bracket have a very hard time. This situation has made the gap between rich and poor extra wide.

Information provision is – also for us – very unclear. Rules are tightened or relaxed, but nobody knows what is really true. There are too many WhatsApp groups with all kinds of news, including fake news. The impact that this ambiguity has on people is also enormous. We regularly hear or read of people who commit suicide because they think they have the virus. Lack of information and superstition make that they are often excluded by family and the rest of the village. On the other hand, we read about new heroes. Like a 15-year-old girl who cycled for 6 days in a row, peddling back to her home village with her disabled father sitting behind her. Or an unknown man who pushed another man, from another religion, in a wheelchair for over 1,500 km to bring him home.

I think it is an extremely difficult task for the government and local politics in particular – just like in any country – to reboot the economy and find solutions to compensate those people who are hardest hit.

I hope that also good things will come from this corona crisis, like more appreciation for the people who came to collect the dirt every day in the hottest time of the year, wiped the streets and brought the gas cylinders. Because without them, this lockdown would have become really unbearable for many!

Marie-Gon is a Dutch volunteer expert at Women on Wings. Since end of 2016 she lives with her husband in Pune, in the Indian state of Maharashtra. She regularly works with Women on Wings’ business partners on product development. About these visits and living in India, Marie-Gon writes blogs for the Women on Wings community.