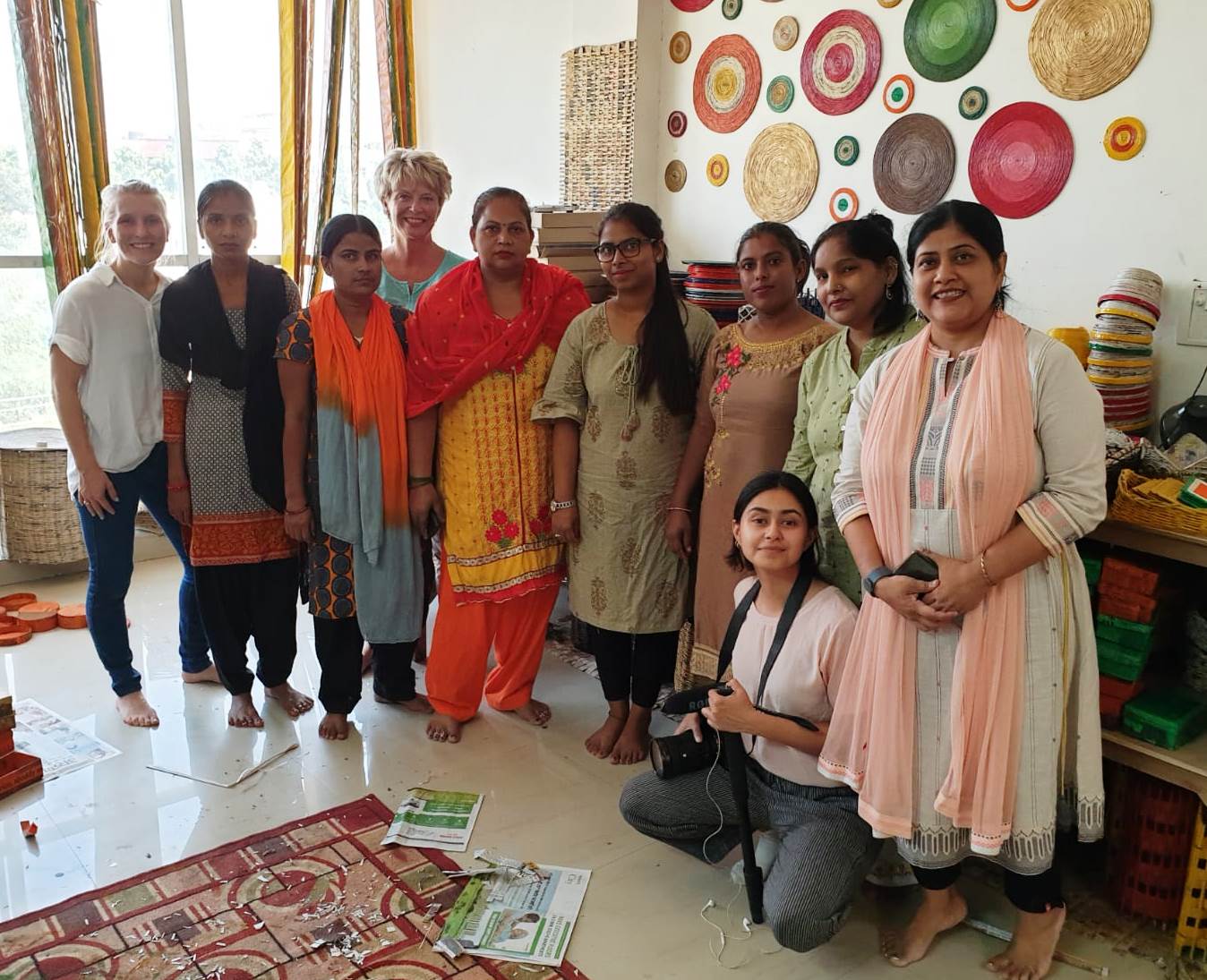 On the occasion of King Willem-Alexander’s and Queen Máxima’s State Visit to India from 14 to 18 October, 2019, Women on Wings was chosen to feature in an item on Dutch national television about the importance of empowering women in India.

Celebrating rural women
RTL-Nieuws’ correspondent for Asia, Eva Oude Elferink, and camera woman Surabhi Tandon filmed at the office and workshop of Women on Wings’ partner ACTION CENTER FOR TRANSFORMATION ( ACT) in the village of Bondshi, just outside the city of Gurgaon where Women on Wings has its office. The two hours’ film shoot resulted in a few minutes on national television on Tuesday October 15, 2019, which coincidentally also happened to be UN’s International Day of Rural Women. The television item showed some of the highlights of the second day of Their Majesties’ State Visit and focused on the position of women in India.

Clear message: a job empowers
The coverage of Women on Wings showed a strong and clear message: a job does empower women. Saroj, one of the artisans who make products from old newspapers for Paper Wings, one of the employment generating initiatives of ACT, shared on film how her work had impacted her. Said Saroj proudly: “I never finished any education and I thought I didn’t matter. That changed when I started working at Paper Wings. Even without a diploma, I can now live a financially independent life.”

Income makes a huge difference
Ineke Bezembinder, Communications and Office Manager at Women on Wings, who was also interviewed for the RTL Nieuws item: “Whenever we travel to villages and talk to women who earn an income, almost without exception they share that they use their income to send their children to a better private school. Also their girls. Saroj is many of the rural women we’ve met whose lives have changed for the better since they started earning money. A job really does make a huge difference, not only to themselves, but also to their families and even the communities they live in.”

Watch the RTL Nieuws item about empowering women in India which was broadcasted on October 15, 2019.

Picture: interviewers and interviewees at ACT’s workshop in Bondshi