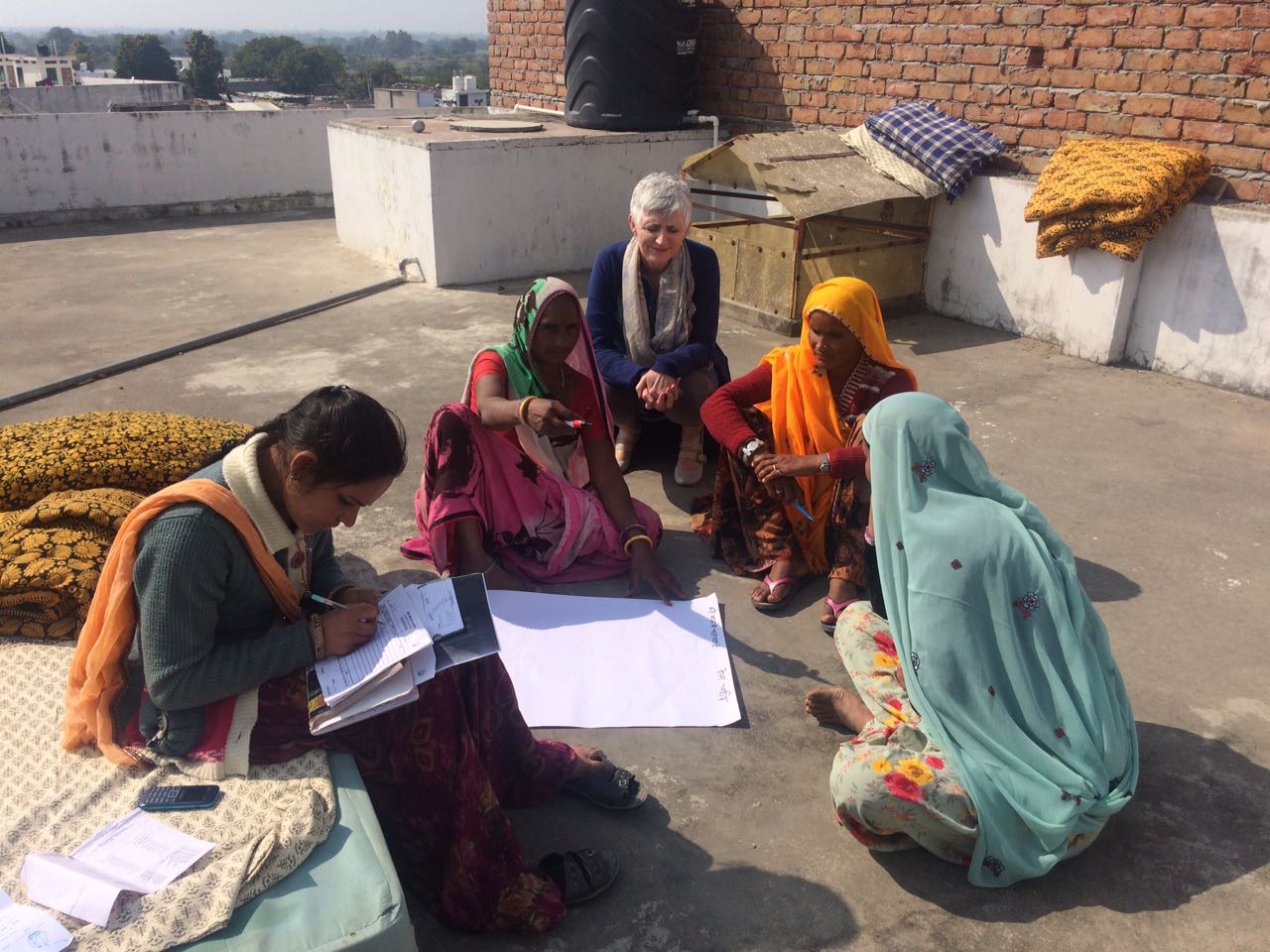 Employee engagement
Not only did Achmea Foundation fund the three year program, it also supported with human resources; two Achmea employees from The Netherlands worked with selected Women on Wings partners in India on developing their organizations. They shared their organizational development knowledge and worked on issues like making a blueprint of the organization based on growth and job profiles, Key Responsibility Areas and Key Performance Indicators.

Higher social return on investment
Last April, an end report of the program was shared with the board of Achmea Foundation which shared its feedback with the Women on Wings team earlier this month. The board was happy with the large number of new jobs cocreated for rural women, and with the realized value creation during the project. This value creation is measured via social return on investment (SROI), a method for measuring values that are not traditionally reflected in financial statements, including social, economic and environmental factors. They can identify how effectively a company uses its capital and other resources to create value for the community. Achmea Foundation calculated that every 1 euro invested in the partnership with Women on Wings, values 1.45 euro for the last mile beneficiaries. This value can for instance be found in improved child nutrition, health and education, increased influence women have on economic decisions and a better position in their families and communities.

Win-win-win partnership
Janneke Vogels, Head Social Business Development at Achmea Foundation: “Over the last three years, Achmea Foundation has supported Women on Wings financially to enable them to co-create more than 13,000 extra jobs for women in rural India. Next to the positive impact a job has on rural women in India, this partnership brought many new insights to both our organizations. A wonderful win-win-win situation. We thank the Women on Wings team for the great collaboration and we wish them all the best in realizing their ultimate goal: one million extra jobs for women in rural India.”

Achmea Foundation and Women on Wings
The Achmea Foundation was founded in 2006 in The Netherlands and grew out of Achmea’s cooperative background. Over the past ten years, the foundation has invested in initiatives that have succeeded in improving socio-economic conditions on the basis of cooperation and solidarity, in The Netherlands and in rural areas in developing countries. In April 2016, Achmea Foundation and Women on Wings entered into a three year partnership which aimed to strengthen two of Women on Wings’ business partners in food and agri, resulting in the co-creation of more than 13,000 new jobs for women in rural India.