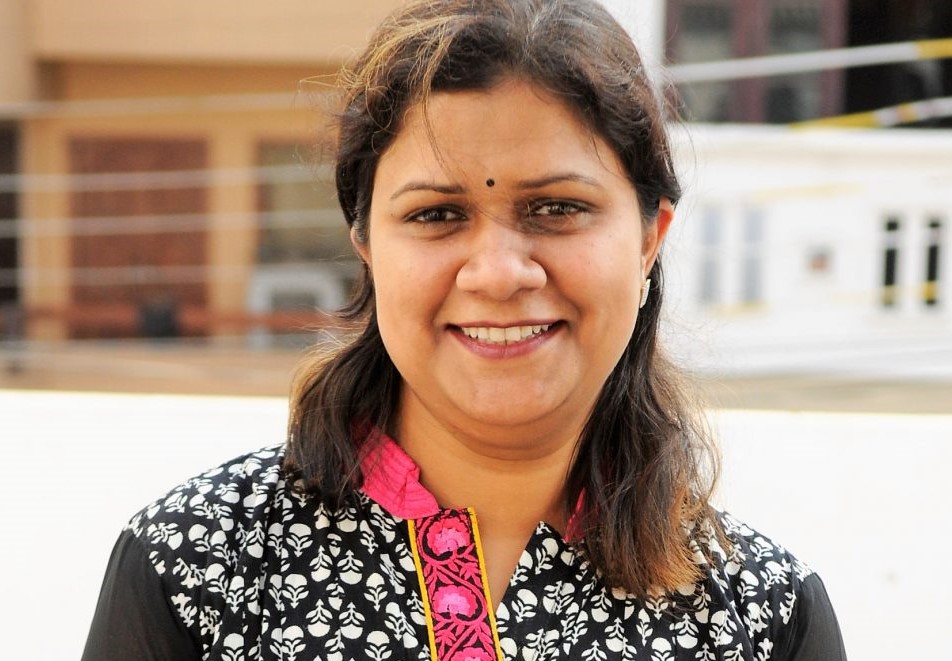 Like many others, Anjali Singh’s entrepreneurial journey had an ‘accidental’ start. It was her childhood dream to become an air hostess. But following family’s restriction on moving out of town, she gave up the idea to fly and opted to do MBA in tourism from Lucknow University. Today she successfully runs Jute Artisans Guild Association which provides employment to 275 village women, making them earn far more than their farmer husbands.

Beginning
After she cleared her MBA in 2001, Anjali could not find any opportunity and landed a marketing job at a meagre salary. “It was not the job that I always wanted. But, abiding by the family rules, I continued to work in the same field for 8 years as I didn’t have an option.” says Anjali.
Anjali used to observe her father’s work. He ran an NGO and in 2009 got a project from the Ministry of Textiles which involved jute training for women. Continues Anjali: “One day I witnessed a group of women who approached my father, asking for jobs. They said, ‘the training is over. But who will give us a job now?’”

Turning point
It was that moment that Anjali decided to create jobs for the women. She formed a federation, asking some of the trained women to join. “Initially, only one woman joined and then we began the hunt for jute bags order. I got one from the western history department of Lucknow University. It was an order of 100 bags. I bought two sewing machines, fulfilled the order and the work was much appreciated,” Anjali recalls. Soon, more orders started flowing in. The toughest thing was to convince the families of the women in the rural areas to send them to the village work unit. Fortunately Anjali was able to convince the families and soon the number of women began to swell.

Skyrocketing growth
In less than 10 years, the numbers of village women involved with Jute Artisans Guild Association (Jute Artisans) rose from 1 to 275 and new stitching centers in other Lucknow hamlets were opened. Presently, Jute Artisans caters to the markets not only in India but also abroad. It brings a natural solution to replace plastics, only using natural and recyclable, ‘golden’ fiber of jute for its products, like a wide variety of bags and stationary. Jute Artisans is supported by the National Jute Board, Ministry of Textiles, Government of India.

The future is bright
Since July 2018 Women on Wings and Jute Artisans are partnering to bring the social enterprise to its next level. In the past year the partners worked successfully on various business topics such as branding, inventory management, internal processes and sales & marketing. Anjali looks at a bright future of her company in which she will continue to grow the number of village women who make jute bags and more jute products. With a growing ban on plastics in 2019, she may have touched upon gold without knowing so in 2009.