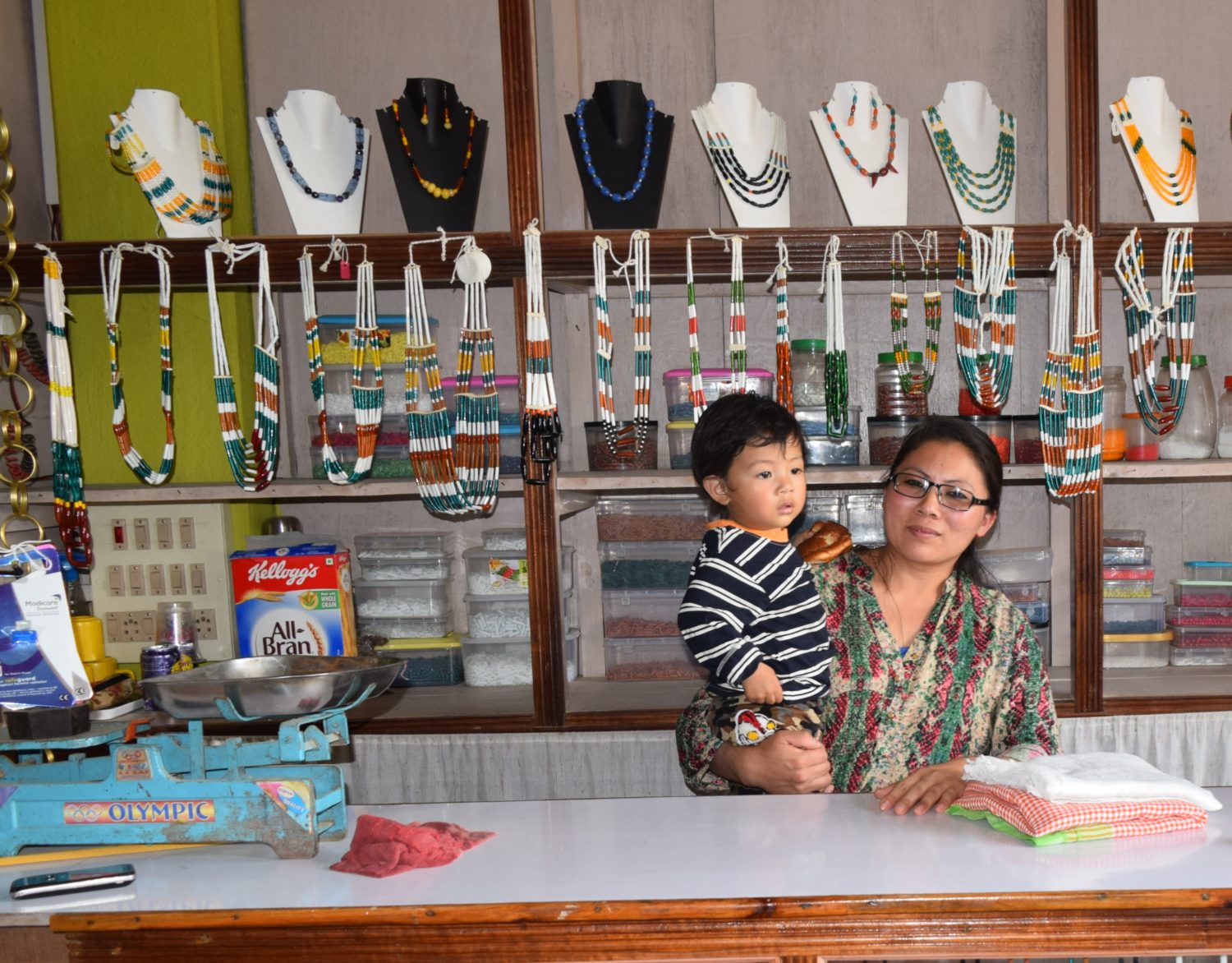 Aged 34 years, Lanmila Luithui is graduated from Delhi University and holds a professional degree in design. But after marrying her husband she shifted to a village in Ukhrul district in the Himalayas. Trapped in village tradition and its rules, Lanmila soon saw her life change but she decided to become financially independent and start a business in her village.

Mother-in-law supports growing business
The thought of contributing to the family household made Lanmila’s mother-in-law supportive of her decision to start a business. So Lanmila set-up her shop of selling handicrafts items and name it ‘Wino Bazaar’. She travelled to Jaipur for purchasing the raw materials and gradually extended her shop with variety of new items like women clothes, traditional bead work jewelry and cosmetics. Her business soon became very successful and Lanmila started earning even more than her husband who is a computer counselor and a teacher in Ukhrul district. Enjoying her independency, Lanmila also enjoyed the equality her income brought. As she became an equal earning member of the family, Lanmila also got decision making and purchasing power.

Mother and entrepreneur
Before they had children, Lanmila’s husband was very supportive to her business, but that changed soon after they had their second child. Lanmila’s husband asked to wind-up her business and spend time at home for proper care of their daughter and son. Lanmila however was determined and continued to manage her household responsibilities as well as her business. Lanmila: “With the support of my mother-in-law I was confident to follow my heart and claim the equality I had before we had children. If I respect his work, he should also respect my work”.

Saving money for educating children
Her ambition and eagerness to learn pays off. Lanmila has taken trainings from Friends of Women’s World Banking (FWWB) while her mother-in-law looked after her children. FWWB believes in the bank-ability and credit-worthiness of women, knowing that economic empowerment is crucial to fight injustices of all kinds. Lanmila learned about business management skills, maintaining records, checking stock, preparing budget and saving daily to fulfill future dreams. Like sending her children to a good school and giving them all the opportunities to study, just like she herself was given by her parents.

Income empowers
After undertaking the trainings in 2016 and 2017, Lanmila felt more confident and very empowered. Her income increased as she applied the learnings in her business. She could start fulfilling her dream of educating her children as she is able to save part of her income since she has learned to manage her finances better. Her husband is proud that Lanmila manages both her family and her business. Lanmila: “I proofed I could run a successful business while caring for our children at the same time. Also thanks to my mother-in-law. My next dream is to open a computer shop along with my husband and hence further increase our household income.”