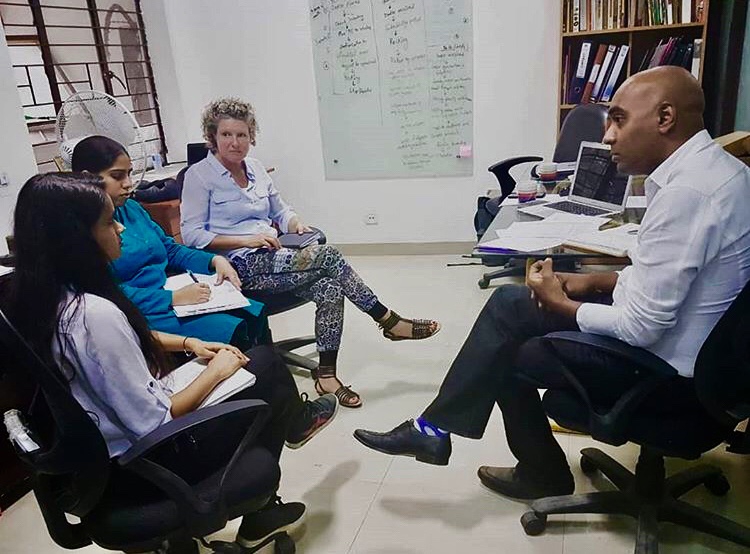 It is said that if the base and the internal foundation is strong, anything can be achieved. That is why expert at Women on Wings Florentine Steenberghe conducted a workshop on the internal processes at CropConnect.

Analyzing processes
During the two days’ workshop, the Women on Wings team analyzed CropConnect’s supply chain with the focus on the various types of order and management processes. Following that, the flow of the warehouse procedure was also looked into. Inventory and procurement planning and IT related tools to make the entire system more productive were also debated in detail.

Team work
Puneet Jhajaria, CropConnect’s co-founder and CEO: “We, as in our management along with the Women on Wings team, identified several improvement areas after two intense days of analyzing and brainstorming. These improvements are translated into action areas and eight priorities were listed according to low/medium/high effort versus impact. It’s now for us to take it forward.”

Inspired by partners
It was an exhilarating two days with a solid outcomes which always inspires the Women on Wings team to continue working with its partners, like CropConnect and many more, towards its goal of co-creating more jobs for women in rural India. Till today, a total of 253,200 jobs for women have been co-created since the start of Women on Wings in 2007.