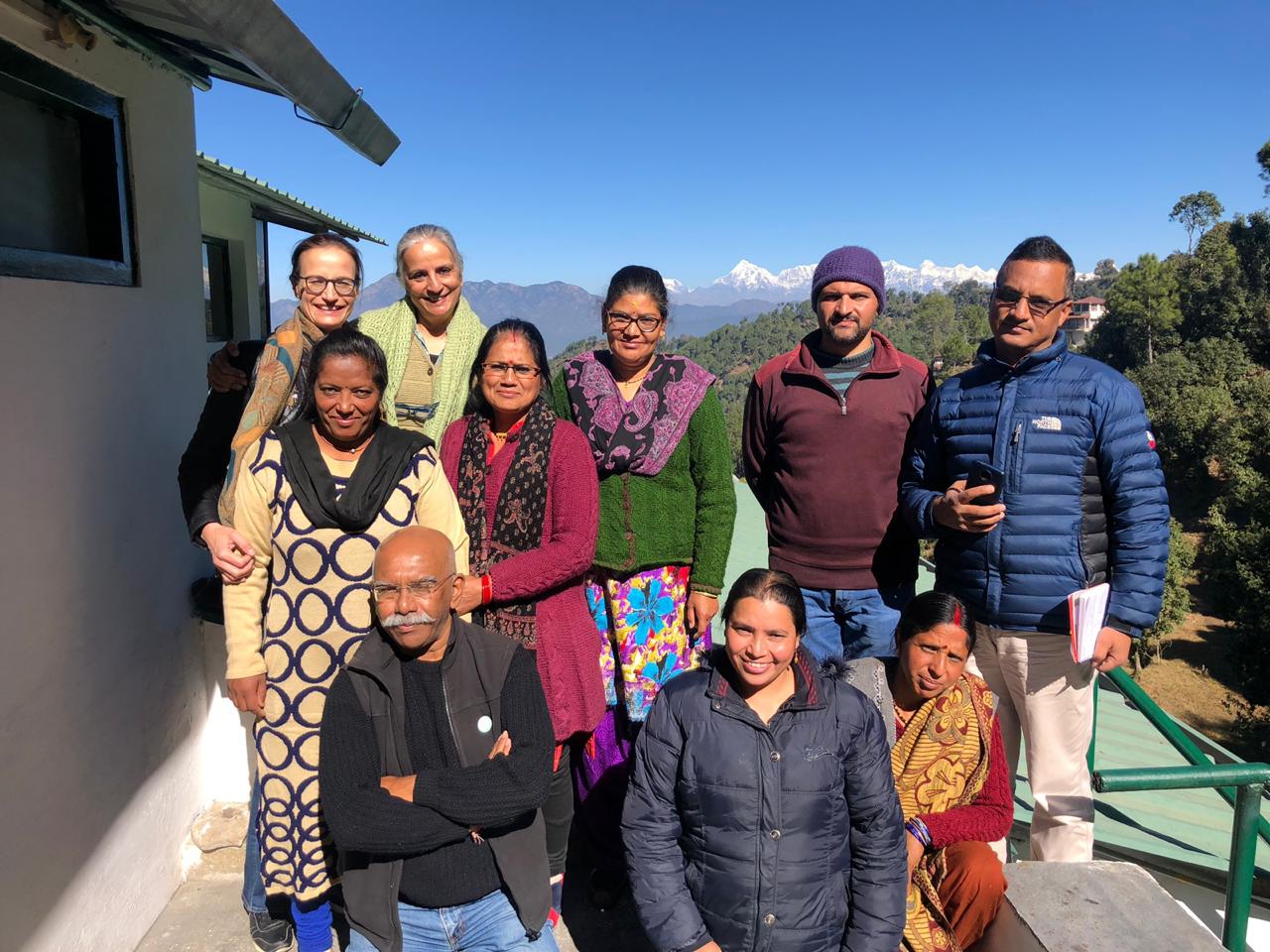 “I am everything to Umang, and I’m also nothing – on my own. That’s how Umang is, for every single woman connected. We come together and collectively impact our lives,” says Sunita Kasyap, secretary and founder at Women on Wings’ partner Umang that provides income to hill women from the lower foothills in the Himalayas.

Umang brings equality and chances
Twenty years ago, during the founding of Mahila Umang Producers Company (Umang), Sunita was a high-school graduate and a home-maker. Even though she was actively involved in farming with her husband, her contribution was not considered on equal terms. But things changed when Umang became a part of her life. Eager to learn, she picked up her studies again. Sunita: “I completed a Bachelors and then a Master’s degree. Along with knitting and farming, that I was already adept at, I learnt to manage the accounts for Umang, conduct complex calculations and oversee customer relations.”

Umang builds families
When she started working for Umang, Sunita had promised herself to conduct her household duties with the same diligence as before. She bought thirty glasses for her mother-in-law, so that she wouldn’t have to wash the dishes while Anita was at work. These are the ideals of positive family building that Umang supports. Whenever its female members experience family problems, it tries to counsel them and their families, and help them achieve a better balance in their work and life.

Trade, not aid
Umang believes in building a sustainable life and ensuring consistent income for rural women. It started in 2003 with only three members, today there are 3,000 women who are involved in sustainable farming, producing and selling their own, knitted and or farm, goods. The women have become entrepreneurs, bankers and auditors. They are all shareholders in the company and use the money they earn for micro-credit, as a bank would. For Umang, sustainability is a long-term solution to the problems of the women farmers. Says Sunita: “At Umang, we believe in trade, not aid.”

Small suggestion – big effect
Earlier this month a team of Women on Wings worked with Umang on its processes and the implementation of a dashboard to improve efficiency and management information. Expert at Women on Wings Germaine van Teeffelen: “It was so inspiring to work with the founders, Sunita and all at Umang. They are so committed to improve the lives of local women through economic development. I feel privileged to be able to contribute by sharing what I know best. My small suggestion for an Excel based information system will hopefully have big effect in managing stock and sales at Umang.”
Since 2016, Women on Wings and Umang are collaborating in their joint effort to increase the income of the women already involved and create additional jobs.
@pic: Germaine with Umang’s team – Sunita Kasyap, right bottom row