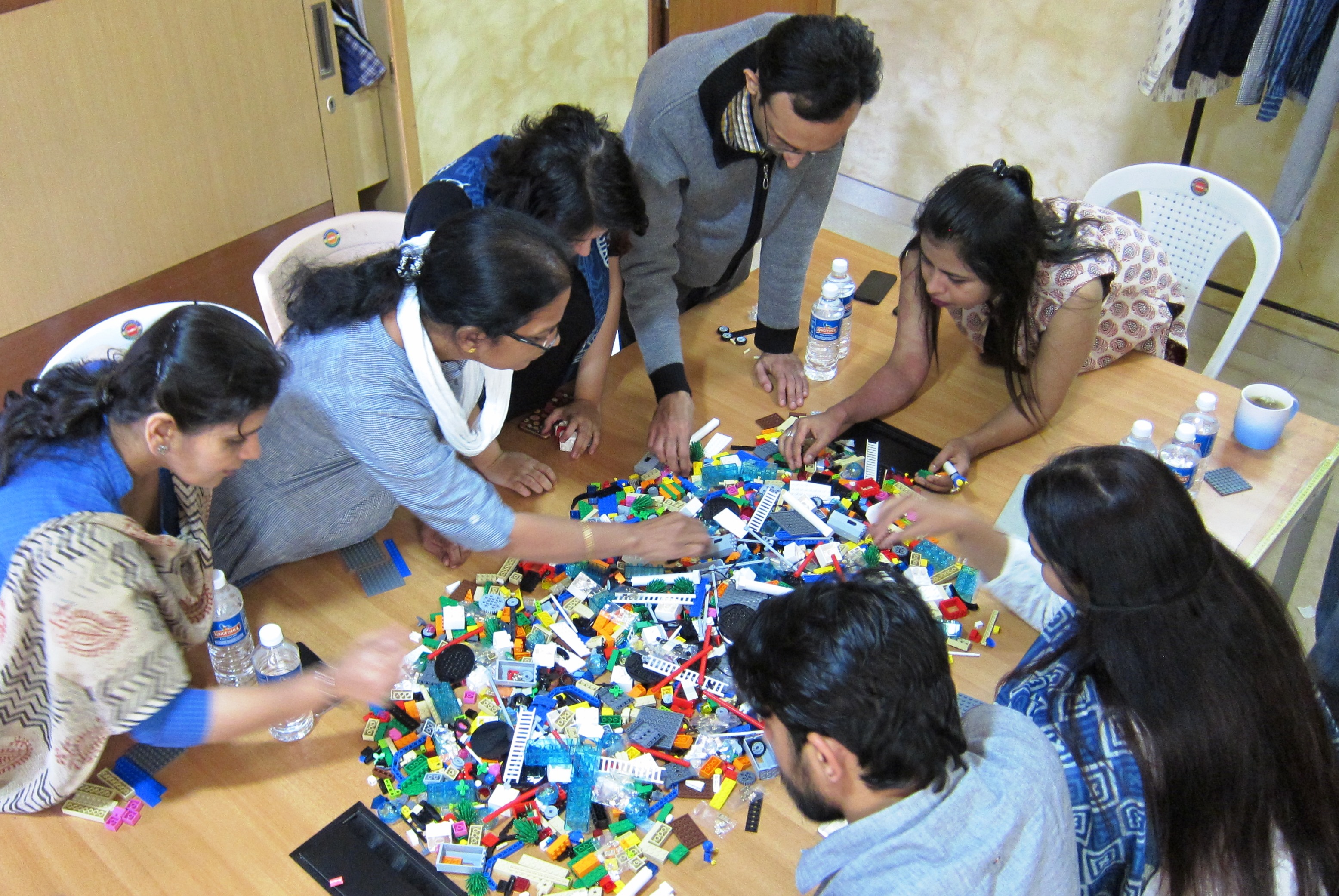 Who doesn’t like to play? And what if play would bring you concrete, hands-on results to get your company to the next level? Siva Devireddy, founder and CEO of GoCoop, thought it a good idea and asked Women on Wings to do just that. After all, working at GoCoop is both serious and fun.

Growing business
GoCoop, India’s first online Social Marketplace, was formed 6,5 years ago, enabling livelihoods of weavers and artisans by collective online marketing. It aims at creating efficiency and transparency in the craft supply chain. The goals are accomplished in two ways: providing employment to artisans and making sure the proceeds go directly to the producer organizations thereby eliminating intermediaries who generally keep a significant part of the margin. Broadening GoCoop’s buyer’s network, the brand goodloom was launched in 2017, aiming more on western designs, using the Indian craft of hand-loom. Now, the business is growing and GoCoop has outgrown the start-up phase. It’s time for GoCoop 3.0.

Games make next steps clear
The team is built with skilled and dedicated professionals. They believe in the vision of GoCoop and have faith in its leader, Mr. Siva Devireddy. The organization is ready to make the next step in professionalization. Adrianne Jonquière-Breure, expert at Women on Wings and official facilitator of the 2 management games played: “Day 1 we played the IdeaGame1) aiming at the added value of each role within the company and the dependencies towards one another. Day 2 we got to play with Lego2), unravelling the subconscious knowledge within the team. At the end of day 2 the team turned quiet. A bit worried I asked if everybody was ok. “Yes”, was the answer, “we are thinking. It now is so clear. We needed this!” The timing of this workshop couldn’t have been better.” The GoCoop team now has a clear picture of what needs to be done to realize the next level of sustainable growth of the organization.

1) The IdeaGame is developed by Het Proces (www.hetproces.com). By adding the elements of a board game, it makes discussions at ease and opens up the participants.
2) LEGO® SERIOUS PLAY® creates a level playing field, unravels participants unconscious knowledge and reaches commitment of all (rather than consensus).