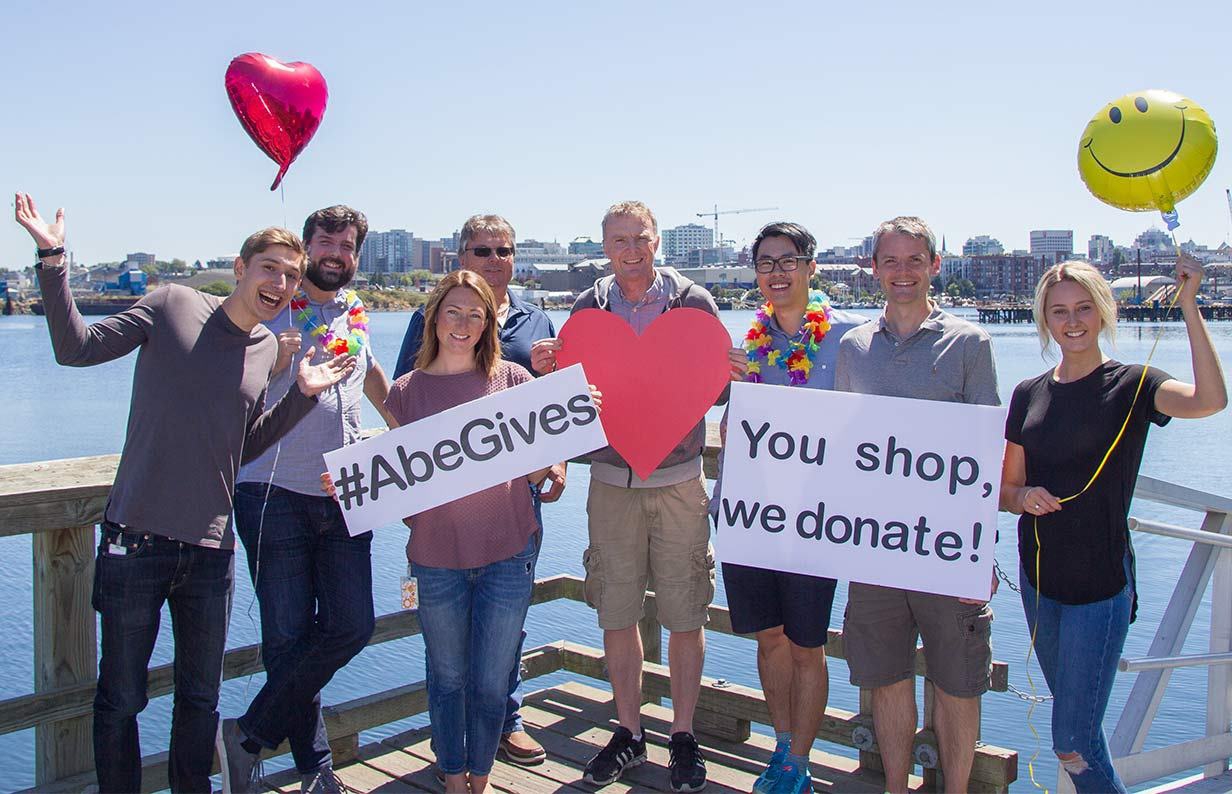 AbeBooks, a subsidiary of Amazon.com, launched its charity program AbeGives on October 1st and choose Women on Wings as one of its three charity partners. AbeBooks will conduct a cause-marketing program; customers at its website can choose to donate at checkout of their purchases to benefit Women on Wings or one of the other two causes in the month of October 2017.

Vision aligns with value
Abebooks is an online marketplace for books. Millions of books (brand new, used, rare, out-of-print) are offered for sale through the AbeBooks websites from thousands of booksellers around the world. Its mission is to help people find and buy any book from any bookseller. Joshua Huang, ‎Marketing Specialist at Amazon: “We found Women on Wings on the internet and instantly felt this could be a great organization to partner with. When we called with the team in India to learn more, our feelings proved right. We admire their work and their vision is aligned with our values. We are very excited to be partnering with Women on Wings in our new charity program.”

The company
Founded in 1995 by two couples from Victoria, Canada, AbeBooks.com went live in 1996 and immediately began to transform the world’s used book business by making hard-to-find books easy to locate and purchase. In 2002, the New York Times described the company as “an actual Internet success story.” By 2003, the United Nations acclaimed AbeBooks as one of the world’s leading ecommerce companies at its World Summit. AbeBooks was acquired in December 2008 by Amazon.com and remains a stand-alone operation with headquarters in Victoria, British Columbia, Canada, and a European office in Düsseldorf, Germany.