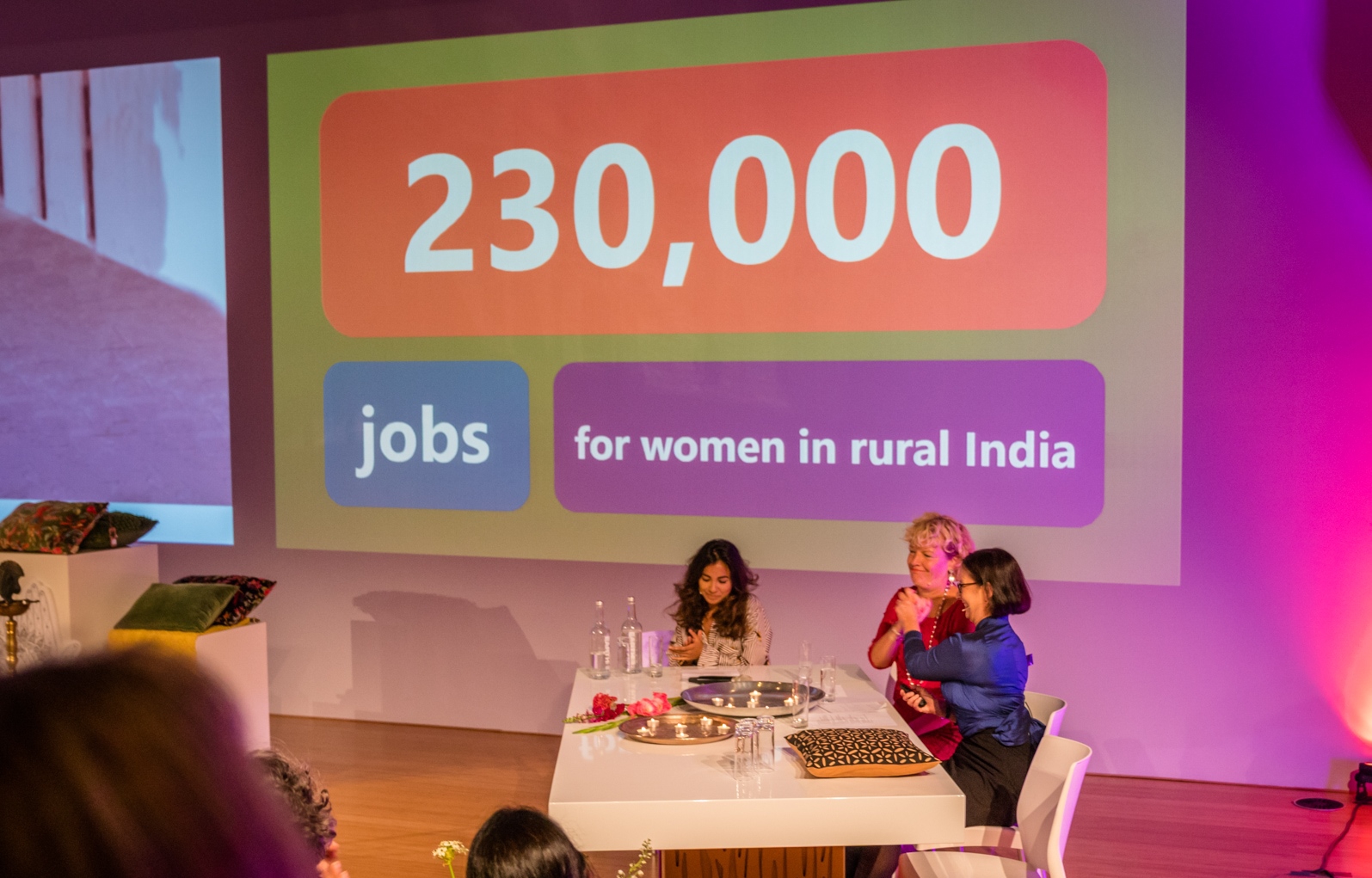 To have a noble dream is one thing. To really start and work ten years on realizing that dream is another. Women on Wings’ founders Ellen Tacoma and Maria van der Heijden did just that, building a network of likeminded business professionals in the Netherlands and India that work consistently on realizing the dream of creating one million jobs for women in rural India.

230,000 families out of poverty
In ten years, Women on Wings has co-created 230,000 extra jobs for women in rural India, in partnership with 35 Indian social enterprises. That means for 230,000 families an escape from the cycle of poverty – directly impacting over one million people in rural India. The result was unveiled by Ellen and Maria during Women on Wings’ 10th anniversary event on Monday September 25, 2017.

The one million
Having had all the opportunities themselves for education and corporate careers, and having traveled in India quite a serious bit, Ellen and Maria were convinced that by sharing knowledge they could impact the lives of rural families in India. Ellen: “At the start of Women on Wings we used an Excel sheet to calculate our targets. With 1,000 partners we would create one million jobs in the near future. Easy according to the Excel.” “But we don’t want to work with 1,000 partners. That would require a huge organization and that’s not what we wanted. So we had to accept that adding 25,000 jobs per year is also a wonderful result. It’s not just a number. It’s for 25,000 rural families a better live. Every year.” adds Maria.