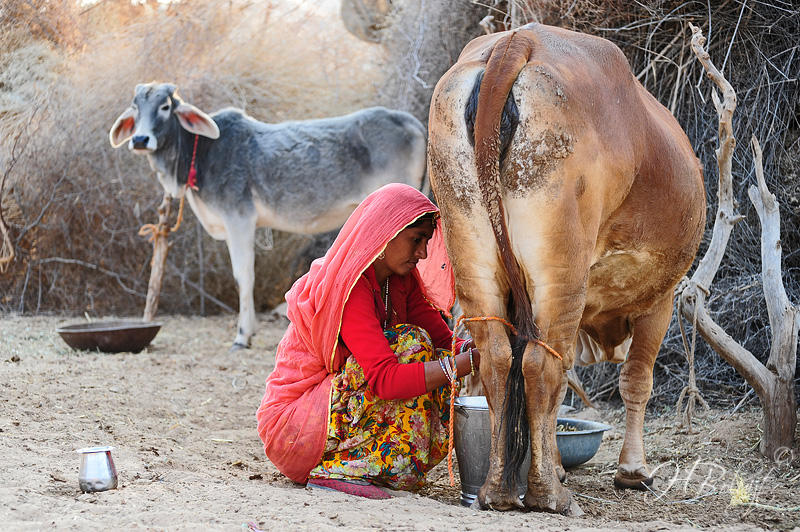 The Times they are a changin’ at Apni Saheli Producers Co. Ltd., or ASPCL, one of Women on Wings’ partners in Rajasthan. ASPCL is engaged in primarily dairy business with small and marginalized women farmers around Dholpur and sees its business expanding thanks to a more implementation focused approach.

New focused approach pays off
ASPCL is a Farmer Producer Organization promoted by PRADAN, one of India’s oldest and most respected NGOs. In 2015, certain key members of PRADAN formed a new organization called Manjari Foundation which has now taken over the operations of ASPCL and several other initiatives promoted by PRADAN in this part of Rajasthan. Manjari Foundation has a more implementation focused approach and this has led to a number of positive market-oriented changes at ASPCL.

Benefitting from new retail platform
From selling just milk to retail and bulk buyers, Apni Saheli is expanding both its product portfolio and business model. It aims to develop a marketing platform for its own products and for other farmer producer organizations in the food space, a better version of the online food store `Big basket’ (India’s largest by sales volume) where the benefits of squeezing the supply chain are passed on to both the farmer and the final consumer. The first step in realizing this ambition is by opening up of `Saheli Bazaar’ this year, Dholpur’s first modern food and grocery mini super-market where it is selling not just typical FMCG products but also grains, pulses, oils and spices sourced from its own farmers or from other FPOs in the region. This store in its first two month of operations is seeing healthy foot fall and sales. In addition, value-added dairy products such as ghee and paneer are now being produced at a new, automated plant built with the help of grant funding. These products are being sold at a premium locally, and plans are in progress to also sell these at Agra and in the Delhi NCR area. Apni Saheli has already tested the waters by selling successfully at a farmer‘s market in NCR.

Women on Wings and ASPCL
A Women on Wings team consisting of retail expert Ronald van het Hof and account manager Supriya Kapoor recently visited Dholpur and worked with the ASPCL team on product placement, display, product selection and branding at the Saheli store. More work on the Retail and Sales strategy will be done during an upcoming workshop in September.