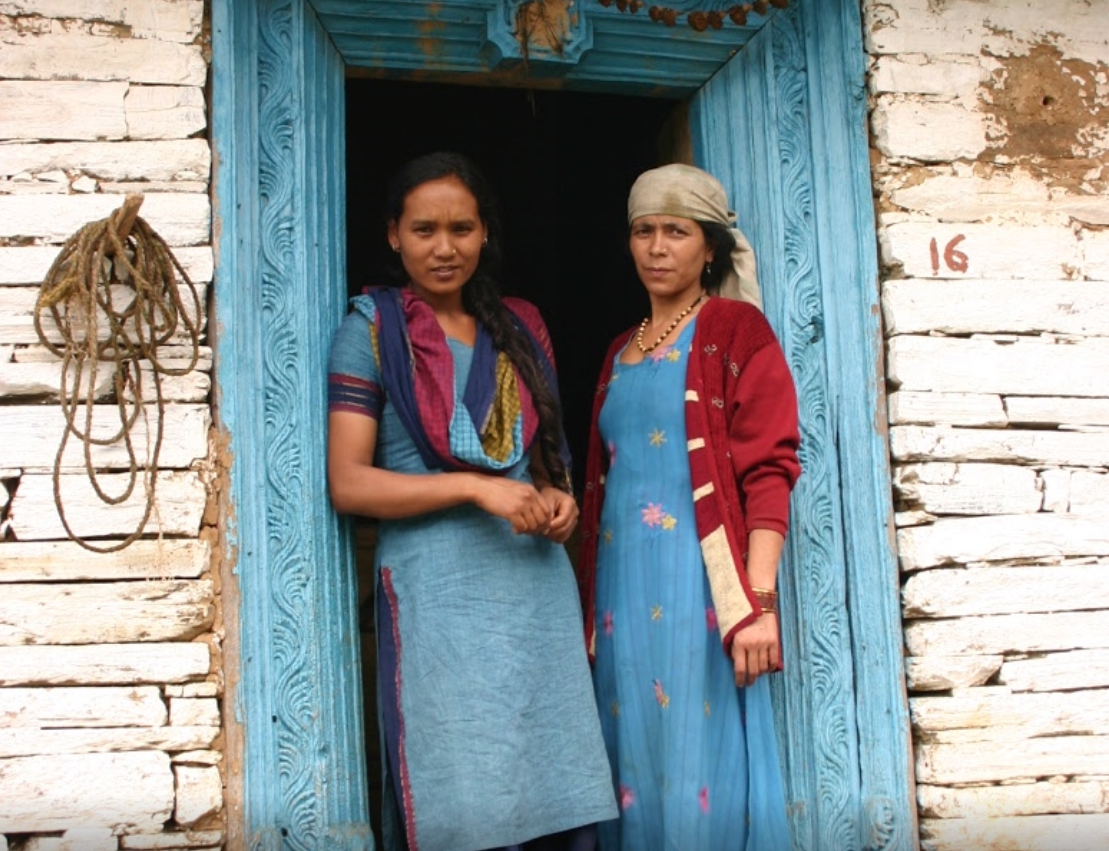 Lalita Rathour, picture left, comes from the pastoral Bhotiya community of Dharamgarh village and grew up in a family of expert weavers and wool spinners. Traditionally, the Bhotiya people bartered handwoven, woolen carpets, jackets and shawls in exchange for grains and cereals grown by the farmers in the plains. Their own farms were in the mountains of Munsiyari, Uttarakhand, where they would migrate every summer, for four to five months. There, they would collect native mountain herbs and spices to sell later. But as her mother’s health started failing, Lalita realized that she needed to start earning too. With no father or brother to earn for them, Lalita had to find a way herself.

Avani provides job to Lalita
So, by the time she completed her studies in the village school, she had started working with Women on Wings’ business partner Avani, even becoming supervisor of one of its weaving centers. Bhotiya women are expert yarn spinners, weavers and natural dyers. But most of them had stopped using the skill for livelihood generation, sticking to farming and cattle rearing for meeting their basic needs. But even today, every household has a pit loom and they have kept the tradition of creating furnishing sets as wedding gifts for their daughters alive.

Education more and more for girls too
With no other earning opportunity nearby, and no tertiary qualifications, Lalita’s work at Avani not only gave her financial empowerment using her traditional skills, but also let her earn while being able to stay and care for her ailing mother in their own house. Now, a mother to a newborn girl herself, she wants her daughter to study as much as possible so that she may have even better opportunities than her.
With experience, the new generation of parents is becoming more and more aware of the importance of education not just for the boys but also for the girls.

← Steps that change the world for the better
Women of Today, or Vrouwen van Nu →