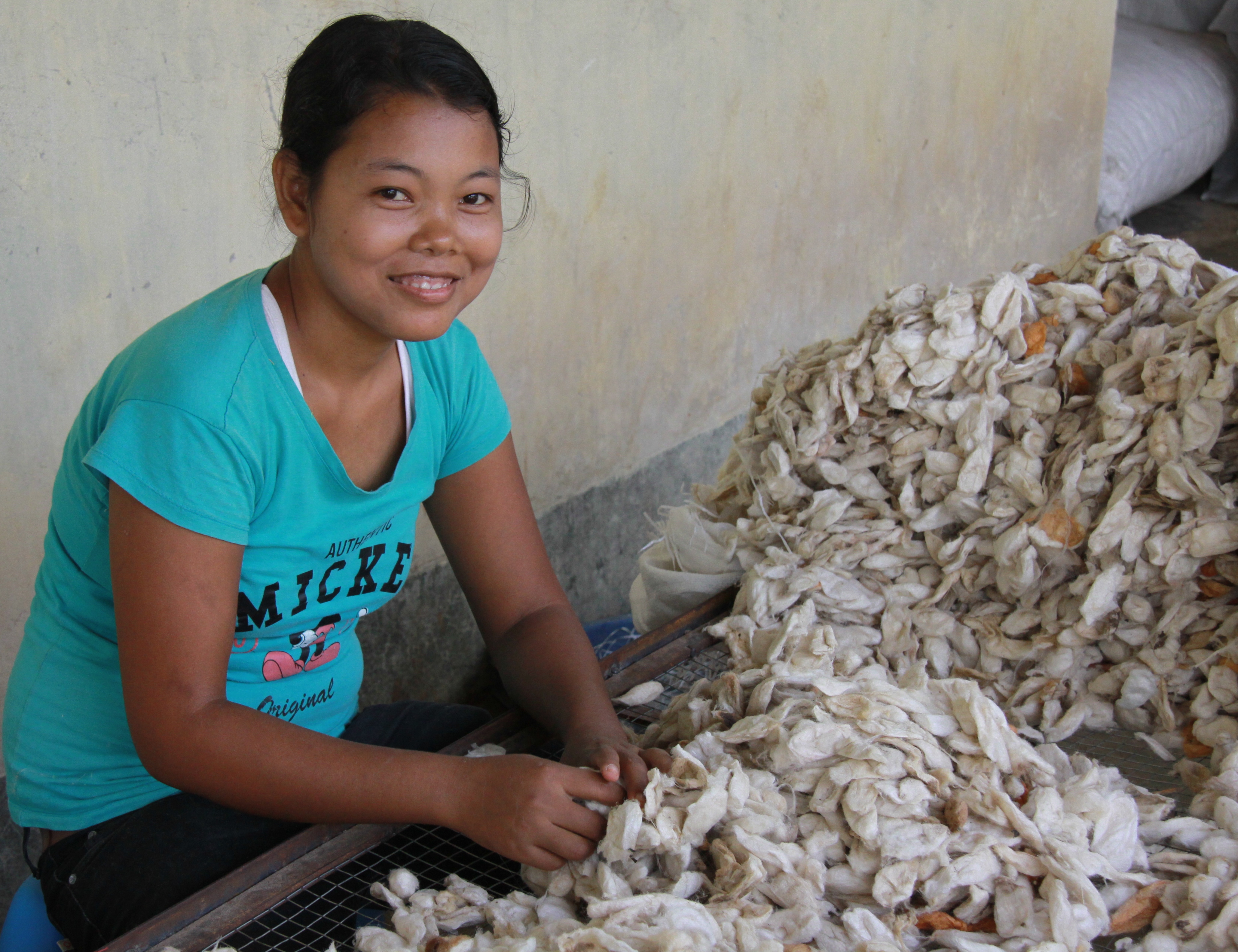 FabricPlus’ new garment stitching unit with state of the art equipment in a nice and clean environment offers, in full production, work to around 200 women from villages near Guwahati. FabricPlus’ ambitions do not stop at this new stitching unit; a second silk spinning unit is targeted to create work for another 20 to 30 thousand women in the entire value chain; from rearing silk worms to the creation of silk products.

Improvements implemented
Early February, a team of Women on Wings, Jan Anne Schelling and Ronald van het Hof, travelled to Guwahati to work with the team of FabricPlus, Women on Wings business partner since 2009.
In the silk spinning unit they noticed multiple improvements implemented. Bottlenecks of last visit such as the silk cocoon washing are now solved. That increases the speed of production and more importantly it creates a much more consistent quality of the final silk. The production team has taken at heart to create transparency on targets, daily production, KPI’s and colleagues in the unit know what they need to do. Jan Anne and Ronald trained the managers and supervisors in the concept of continuous improvement and its key basic tool: root cause analysis. The team will further practice on using this high performance tool in the coming months.

New jobs for at least 20,000 rural women
The Women on Wings team discussed with FabricPlus’ CEO and founder Dilip Barooah the results and challenges, the organization, its leadership team and its shareholders. Dilip and the team are determined to start-up a next silk spinning unit some 350 km further in Assam, a great opportunity for creating jobs for another 20 to 30 thousand women. However, to be successful on that journey, most important is to understand the market, the competition and how to win in those markets. Jan Anne and Ronald worked with the team creating a crisp and clear budget and action plans can be defined in detail.

The why of being FabricPlus
Jan Anne: “The three days were full of pleasant surprises. A new stitching unit, lots of improvements realized, a new COO who takes the team to a new energy level and ambitions to set-up a new silk spinning unit which will bring so many new jobs for women. Big compliments for what Dilip and his team pulled off. And the outcome of the discussion about the purpose of Fabric Plus was again a confirmation of my personal motivation to travel to India and share my knowledge with social enterprises: we work to improve the livelihood of women and families.”

← Development visible in Guwahati and at FabricPlus
Business partners take next step in growth: organizational development →