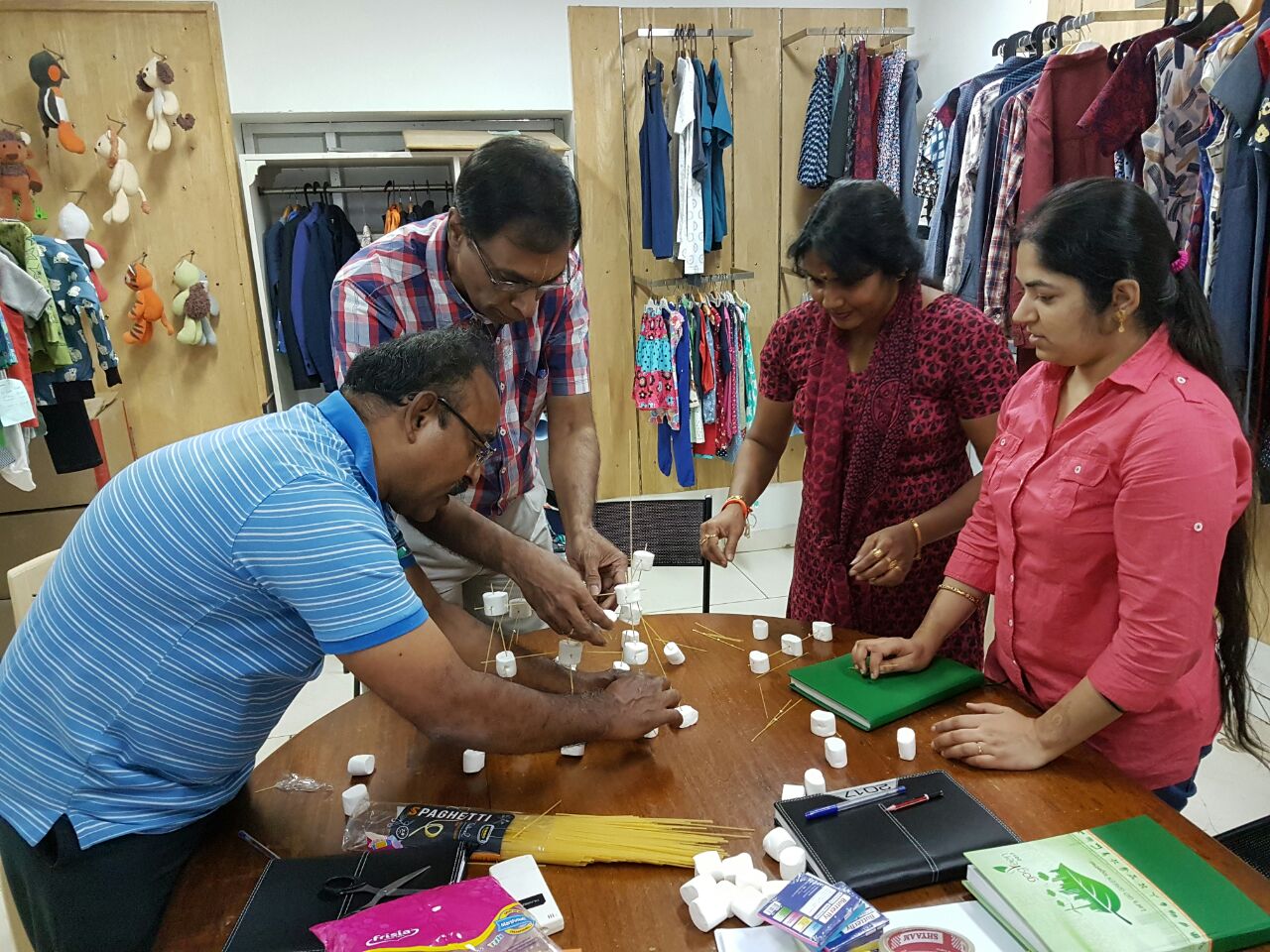 Early February I visited India again, for the third time as an expert for Women on Wings. This time I went to Pondicherry to work with Mandala Apparels. Ronald van het Hof and I arrived in Pondicherry on Sunday and we were lucky to have the opportunity for some sightseeing. ‘Pondy’ is a beautiful city at India’s south east coast where the French influences are still visible: The French East India Company established this town as their headquarters in 1674. The French control remained until 1954 when it was incorporated into the Indian Union along with the rest of French India.

Added value of Women on Wings experts
Monday we received a warm welcome from Anjali Schiavina, the inspiring and enthusiastic Founder and CEO of Mandala. After a workshop about sale and a workshop about the organization’s structure last year, Anjali is convinced of the added value of Women on Wings and she requested a teambuilding workshop. Topics were collaboration, creating synergy, expectations of the basic attitude of Mandala’s employees.

Understanding the principles of a good team
The workshop started by first getting a common understanding about ‘conscious business’ and ‘a good team’. After this introduction it was time to practice! The group was divided into two teams and each team had to build a tower, using spaghetti and marshmallows. Besides the fun, the purpose was to see if the teams measured up to their definition of a good team. For instance, did the teams discuss the strategy before starting, was there clear communication between the team members, was there clear understanding about mutual roles etc.? Of course, the team with the highest tower won…

How to build a successful team
The next day we talked about the importance of having a variety of team roles. That is one of the factors of a successful team. Each member of the Mandala management team completed a Belbin test. The results gave a lot of insight in the strengths and weaknesses of the individuals, as well as of performance of the team.
At the end of the workshop we discussed the possible dysfunctions of a team according to the model of Lencioni. His ‘Five Dysfunctions of a Team’ model outlines the root causes of dysfunction on teams and the keys to overcoming them. I was really impressed by the intense and open way each participant contributed to this constructive and essential discussion.

During these days, the team strengthened their mutual trust, which is the foundation for building a strong and successful organization. The team ended up with a concrete action plan. For me it was a great pleasure being part of this process and I also learned a lot these days.