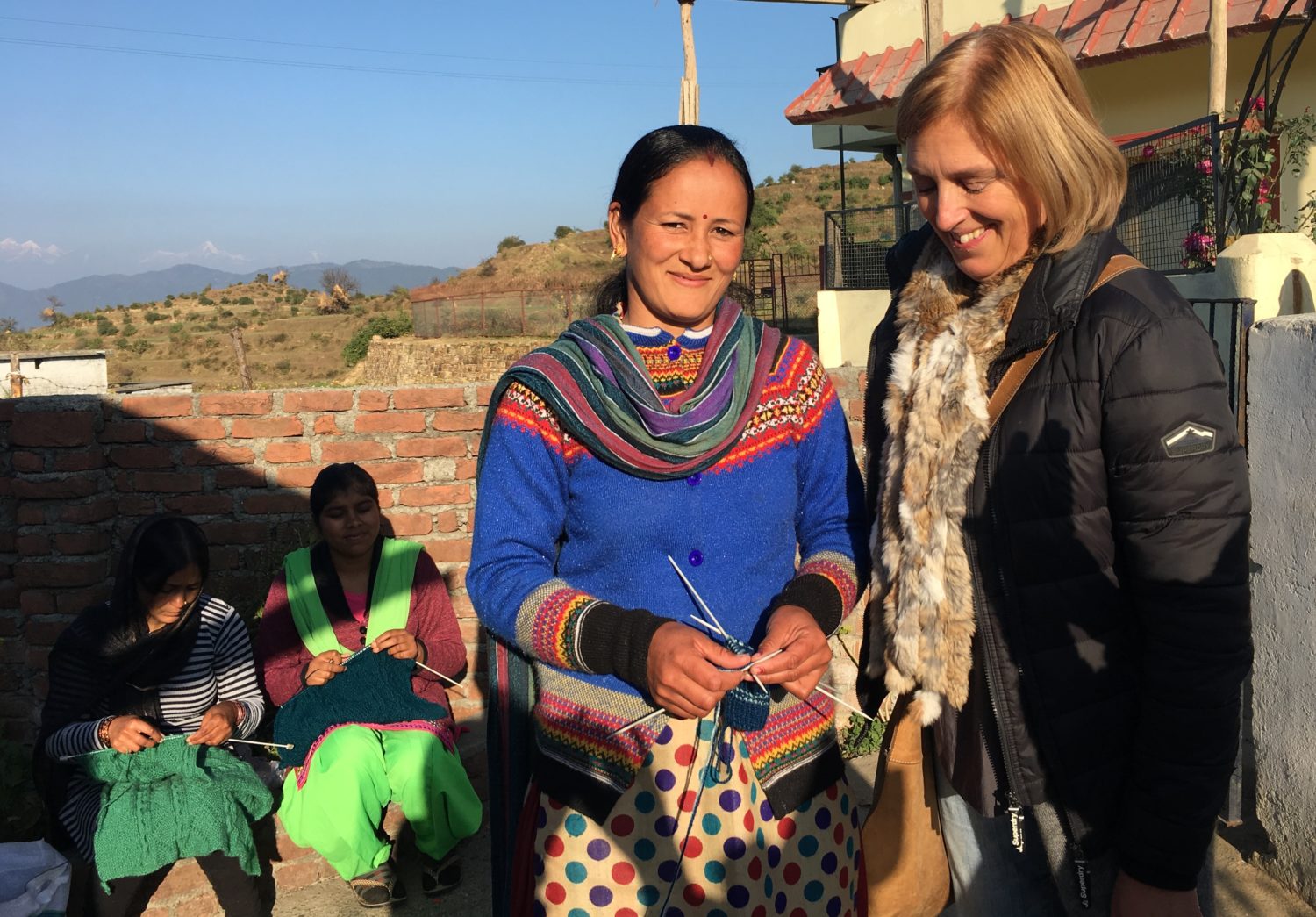 Homemade knits may go international
Women on Wings and Umang join hands in increasing the income of the women and co-creating additional jobs in the coming years. Women on Wings expert Joan den Exter and Ineke Bezembinder travelled to Ranikhet to work with Umang’s team on the business plan for its hand knits, using the CANVAS model. A few suggestions were made by the Women on Wings team to improve Umang’s short term business. For the long term Umang will work on a new high end collection and improve its internal systems and processes in order to make its dream come true: international sales of their homemade quality knits.

Daughters study thanks to economic independence mothers
Currently 680 women knit from their homes. These women saw their confidence and self-esteem increase since they are contributing to the economic well-being of their families. The dream of selling their knits to an international market feeds their confidence even more. Joan den Exter, expert at Women on Wings: “Being a knit expert myself, I was impressed by the work. The women live tough lives but are so dedicated to making beautiful knits. They even taught me a few tricks. Two women told me that their daughters study medicine and social causes, thanks to them earning an income. I was truly touched by these women who are engines of change.”

Umang, the company
Mahila Umang Producer Company is a collective of Self Help Groups (SHG) and producer shareholders in the Himalaya engaged in promoting livelihoods in order to improve the lives of hill women and their families. Umang sets up producer groups at the grassroots based on the principles of fair trade and governed by the triple concerns of Ecology, Economy & Equity so that the maximum share of the consumer’s rupees reaches the female producer-shareholders. It currently has 3,030 women members in mainly Uttarakhand and some in Himachal Pradesh. Umang works in the verticals Fruit Preserves, Honey, Himdkhadya (agri) and Knitting.
Umang is promoted by Pan Himalayan Grassroots Development Foundation, an NGO spearheading holistic mountain development programs in the Indian Himalayan region.

← Creating an impact through effective communication
Craving for more after an inspiring, energetic and unique working visit to India →