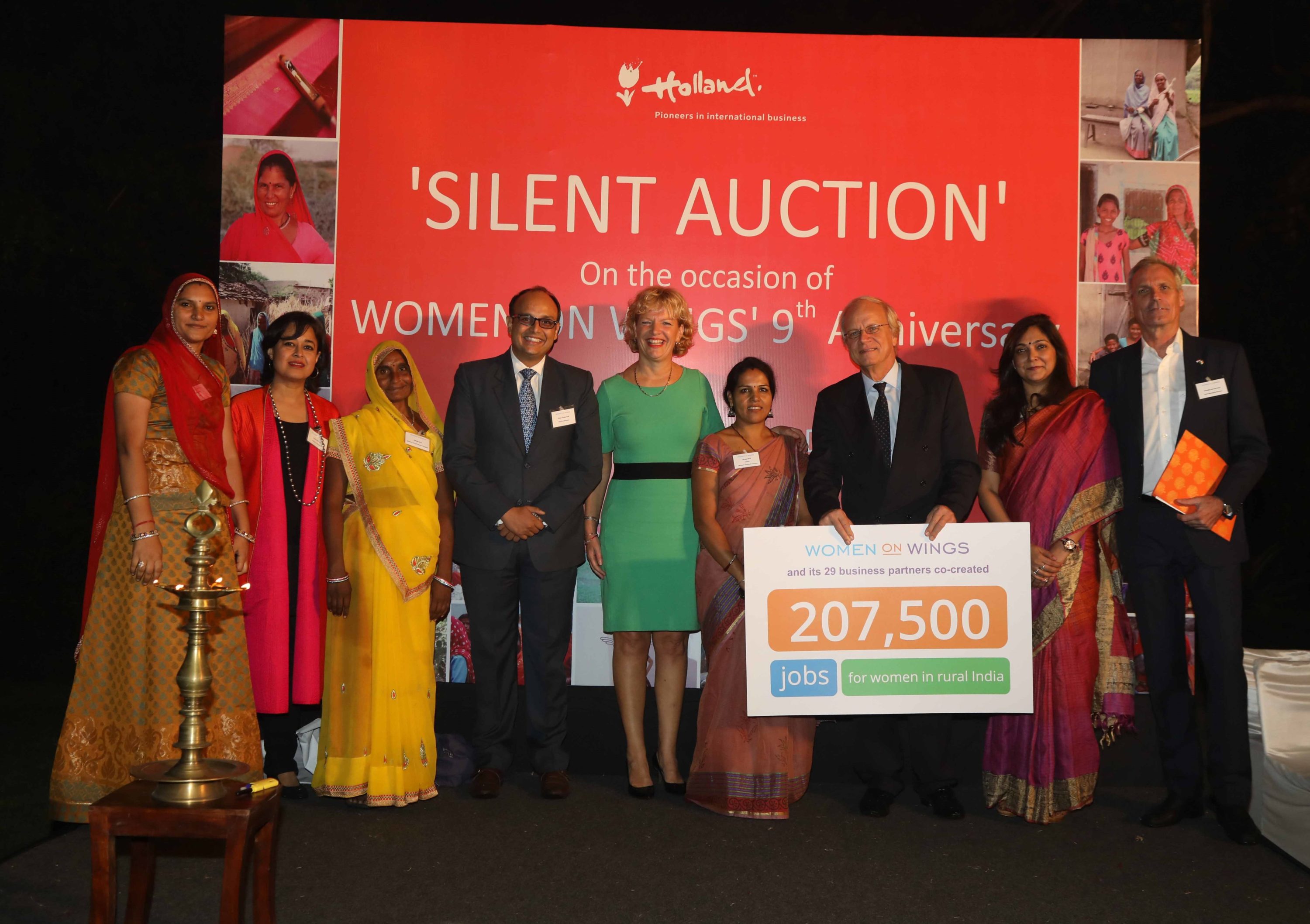 Women on Wings organized a ‘silent auction’ in New Delhi on Thursday November 10, which was hosted by Alphonsus Stoelinga, Ambassador of the Kingdom of the Netherlands in India. It brought together leaders from Corporate, Development, Public and Private Sectors to bid their time and talent for the advancement of rural women in India. The event also marked Women on Wings’ 9th anniversary.

Women: engines of progress
Over 130 guests attended the event which, which was aimed to exhort the audience to devote their expertise, in whatever manner possible, to the rural women working in several enterprises that work with Women on Wings. “Women are an engine of progress and we must harness their caliber for an overall development of society,” Stoelinga said at the event.

Chief Guests: three last mile beneficiaries
Thirteen Women on Wings business partners had also put up their stalls to showcase their work and share how working with Women on Wings had helped expanding their businesses. These business partners all create employment for rural female artisans and farmers from around India. Ruma Devi, Durga Yadav and Kajodi Devi, three last mile beneficiaries from Rajasthan, were present to share how having a job and income changed their lives. These women proof the role of women in shaping the society, and importance of economic independence, which in turn leads to education.

Impacting the lives of 207,500 families in rural India
Women on Wings’ latest milestone was unveiled during the event: 207,500 jobs for women in rural India in over nine years. The growth in the number of jobs is the result of partnerships with 29 business partners from around India. Women on Wings experts share their time and knowledge pro bono with these social enterprises to support them in expanding their businesses so they sell more products and thus create more employment for women.