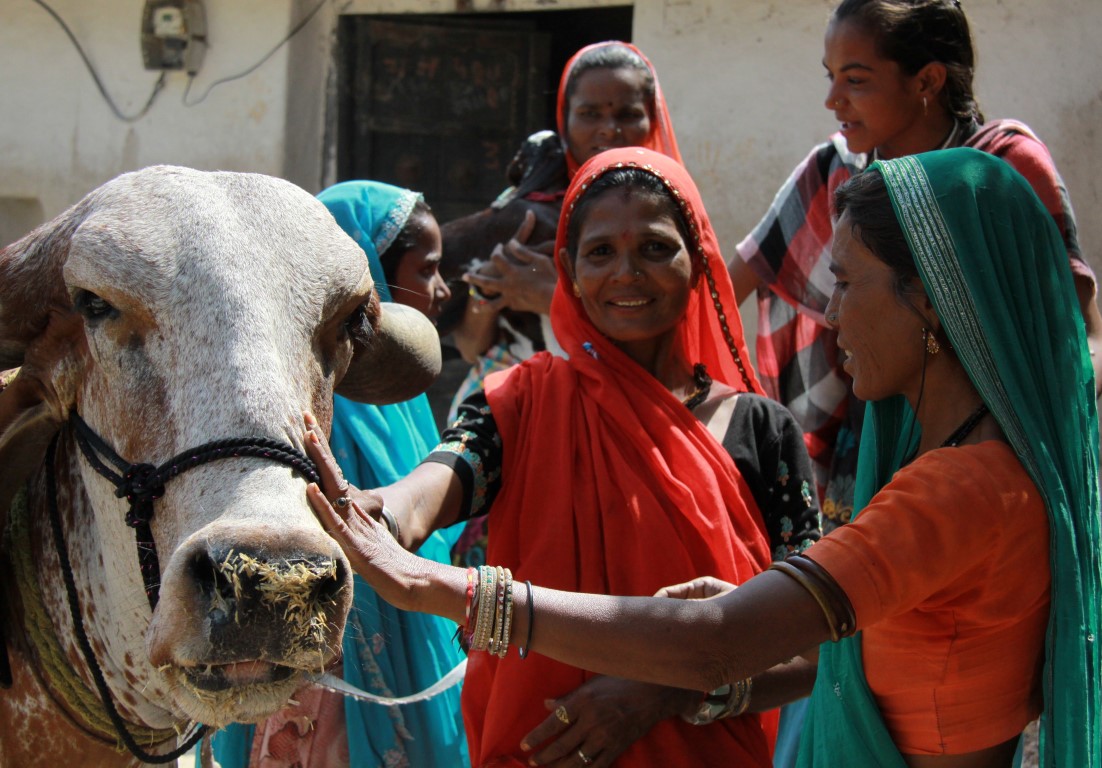 Maitree was formed in one of the poorest area of Rajasthan (District Tonk) to provide a platform for rural women to come together and find a sustainable means of livelihood. They chose dairy farming. While the initiative started with the SHG model, soon the need of a formal structure to operate was felt and the Maitree Dairy Producer Company (Maitree) was started with 10 shareholders, who held 1,000 shares of Rs 10 each and raised a capital of 100 thousand rupees. That fledgling initiative has come a long way. Today, Maitree has an authorized capital of Rs 2 million and is raising this capital from its milk pourers.

What helped them to dream BIG
When Maitree was established in 2006, it had some basic infrastructure for the collection and marketing of milk. Milk collection centers were opened in the villages and a centralized Bulk Milk Cooling Unit (BMCU) was set up in Duni which increased the shelf life of the milk to 12–18 hours. While production increased, the women faced problems in marketing their milk products. The parent NGO, SRIJAN, suggested that some of them visit other places where women had taken initiatives in marketing such as Andhra Pradesh and Gujarat, so that they could learn from this exposure.

Four women accepted challenge to look beyond Tonk
As most of the people with whom SRIJAN worked were from a very poor background, they had rarely visited even their district headquarters. They were taken aback on hearing that they should visit ‘unknown’ places, which were ‘even further away from Jaipur’. However, after a great deal of deliberation within the groups and the women’s families (which were strongly opposed to the idea of women staying out overnight), four women agreed to go for an exposure visit.

Agents of change
The decision of these four women had far-reaching outcomes. These women who could take the risk of going to this ‘unknown’ place, became agents of change and role models for many women in the area. Most importantly, they came back with a strong conviction that if women in Mulkanoor (Andhra Pradesh) could do it, so could the women of Tonk. This conviction paved the way for their `big hairy audacious goal’ of wanting to become a truly modern dairy with a pasteurizing and automatic packaging plant.
What seemed impossible in 2006 is now coming true with their tenacious efforts and audacity to take risks; Maitree’s pasteurizing and packaging plant goes live by November 2016.

Developing business to impact more rural lives
Women on Wings and Maitree work together since November 2014 on growing the Maitree business in a sustainable way. On a recent workshop with the Maitree team, Women on Wings expert Lisa Akerman and account manager Supriya Kapoor were impressed with the enthusiasm of the entire Maitree team and the women shareholders about the upcoming plant. They were very eager to help Lisa understand the current/to-be process and open about discussing the gaps. At the end of the workshop, detailed recommendations were provided, accountabilities assigned and clear TATs established. Focus was laid on improving the current set-up for smooth and seamless integration with the upcoming plant.