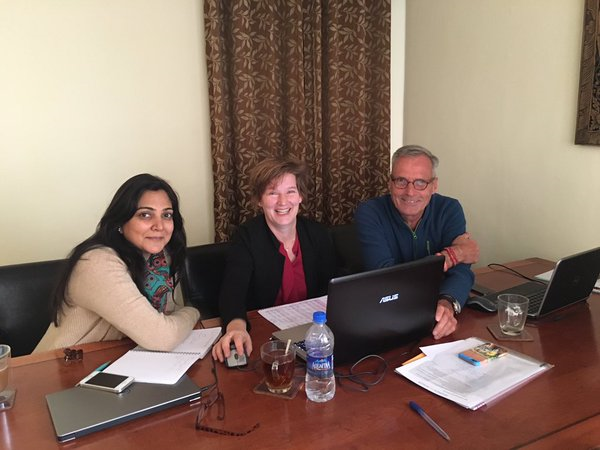 Last January I travelled to Delhi to work with the Indian colleagues on the budget for the next years. Of course we Skype and mail during the year, but to really understand the budget till the final euro/rupee, it helps to just sit together and go through the numbers over and over again.

Indian team takes lead in drafting the budget
Women on Wings is in transition. That means we are working on transforming Women on Wings from a Dutch led organization to an Indian led organization. So the Indian team is taking the lead and the Dutch team supports. For the first time, the Indian team is responsible for the annual plan (2016-2017). The previous years the principles for budget were drafted by the Dutch team. It was important to discuss with Shilpa and Ronald, joint Managing Directors India, if these principles still fit into the new strategy.

Understanding each rupee and euro
We worked together for three days, discussing all principles and numbers, understanding all calculations. With the aimed growth in business partners in future we will see more work visits to India. This means we will also need more experts and team members in India which of course affects the budget. By going through all the details of next year’s plan, I felt the involvement of Shilpa and Ronald in the figures growing. Office manager Ineke, who sort of is the daily book keeper in India, also joined in some discussions. They came back with critical questions and suggested some changes in the booking of expenditures. After three days we finalized the budget for the annual plan for 2016-2017 and the outlook for the next three years. The financial side of job creation is now also growing in India, and it feels good!