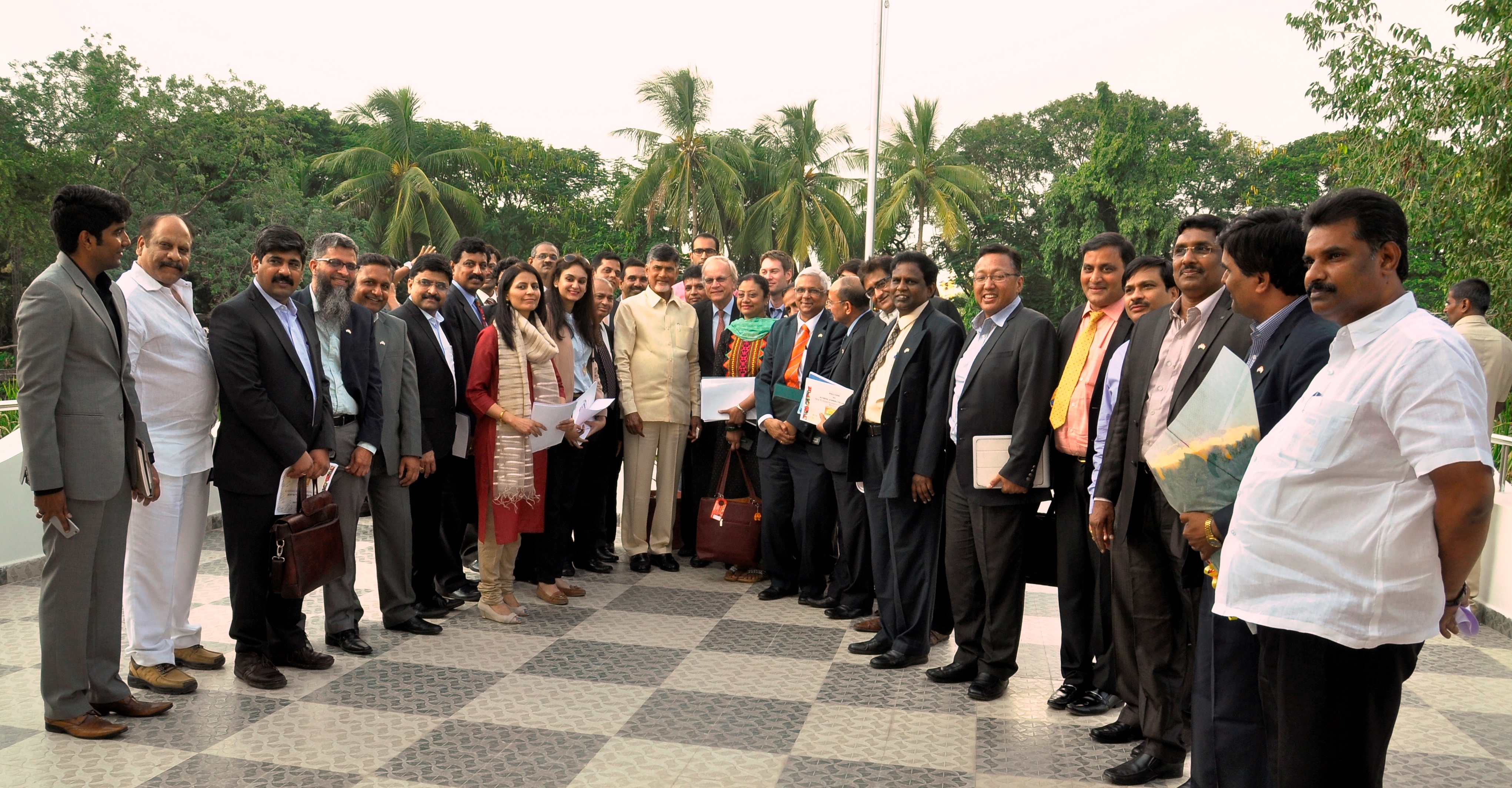 Women on Wings recently got an opportunity to be part of a delegation of Dutch companies to the twin states Andhra Pradesh and Telangana, led by the Dutch Ambassador to India, Mr. Alphonsus Stoelinga. These states generate considerable interest in the international business community.

Solo meeting Women on Wings and Chief Minister AP
In a meeting with Mr. Chandrababu Naidu, Chief Minister of AP, each of the participants gave a two minute pitch on what their companies could bring to the state. Mr. Naidu demonstrated why he is an atypical politician by actually separating the content from the rhetoric in the pitches and questioning the delegation members on minute details. Supriya Kapoor, Senior Business Consultant at Women on Wings who participated in the trade delegation: “Chief Minister Naidu asked for a separate meeting to understand the Women on Wings value proposition better. I was requested to address about twenty senior government officials, and subsequently comment on their internal brainstorming about development efforts in the state.”

Follow up to connect with social enterprises in the twin states
On de second day of the trade mission, the delegation went to Hyderabad, capital of Telangana, where it had a brief meeting with Mr. K Chandrashekhar, Chief Minister of Telangana. These two days with the trade delegation gave Women on Wings an opportunity to meet a number of relevant government officials. We are now working on ensuring that the momentum of these meetings translates into identification and engagement with relevant social enterprises in these two states.