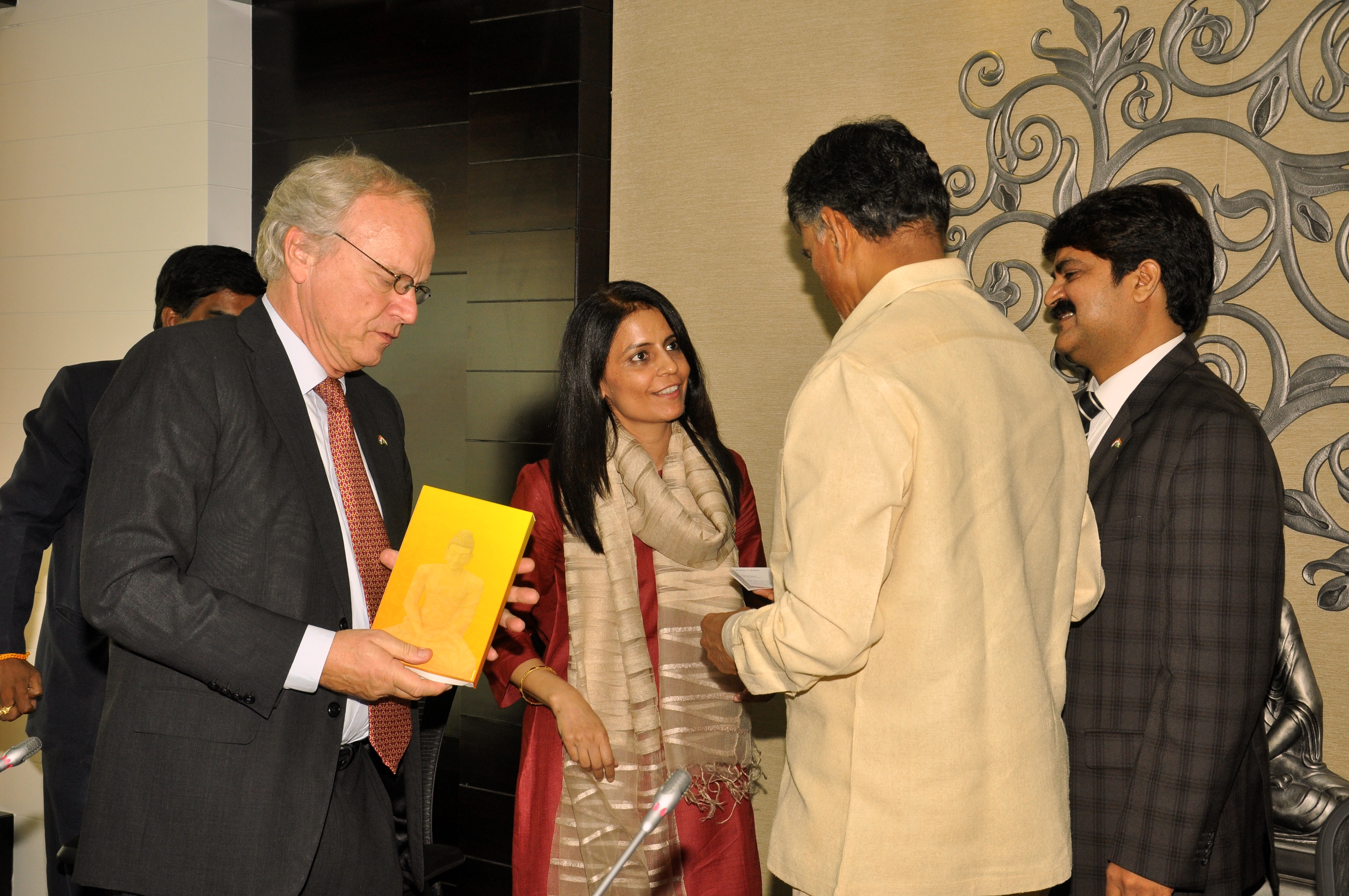 The twin states of Andhra Pradesh and Telangana generate considerable interest in the international business community and the Dutch are not far behind. I recently got an opportunity to be part of a delegation of Dutch companies to Andhra Pradesh and the newly minted state of Telangana, led by the Dutch Ambassador to India, Mr. Alphonsus Stoelinga.

Getting to know participants and Andhra Pradesh government
A quick networking session on the morning of 29th of October at Vijaywada (Andhra Pradesh) got us off to a good start. We were an interesting mix of companies, from agriculture, skill development, social sector consulting, education and IT, to road construction, dredging, water solutions, harbor management and even aviation solutions. After introductions and a very early lunch, we were shuttled to the ‘Sadan’ or the Government Secretariat. A impressive session followed, with presentations made by respective government secretaries and Head of Departments, all intent on proving the merit of AP’s recently achieved second rank in ‘ease of doing business in India’.

WoW moment: solo meeting with the CM
This was followed by a meeting with the Chief Minister, the charismatic and very sharp, Mr. Chandrababu Naidu, where each of us gave a two minute pitch on what our companies could bring to the state. Mr. Naidu demonstrated why he is an atypical politician by actually separating the content from the rhetoric in our pitches and questioning us on minute details! And then the ‘WoW moment’ of the trip happened – when he asked for a separate meeting to understand the Women on Wings value proposition better! What followed was slightly surreal with yours truly being asked to address about twenty senior government officials, and subsequently comment on their internal brainstorming about development efforts in the state. The meeting ended at about 8 PM, with all present keeping their heads up with an effort, but Mr. Naidu munching on his bowl of fruit and ready for his next meeting!

Meeting the Telangana government
From then on it was a rush to the CII sponsored dinner for the Dutch delegation, to a quick sleep and on to the next morning flight to Hyderabad, now capital of Telangana. The government meetings here were a grand affair with presentations and a leisurely networking lunch taking place at a premier hotel of the city. The meeting with the Chief Minister, Mr. K Chandrashekhar, kept getting postponed, with the Chinese stealing a march over everyone else, here too! Apparently, the Chief Minister was closeted with a Chinese Trade delegation. We finally got to meet him for a mere 15 minutes, were all that could be done was a summary on the delegation objectives by the Ambassador. What a missed chance, really!

Follow up towards new partnerships
These two days with the trade delegation were hectic but rewarding as they gave us an opportunity to meet in a one stroke, a number of relevant government officials. We now need to ensure that the momentum of these meetings translates into identification and engagement with relevant social enterprises in these two states.