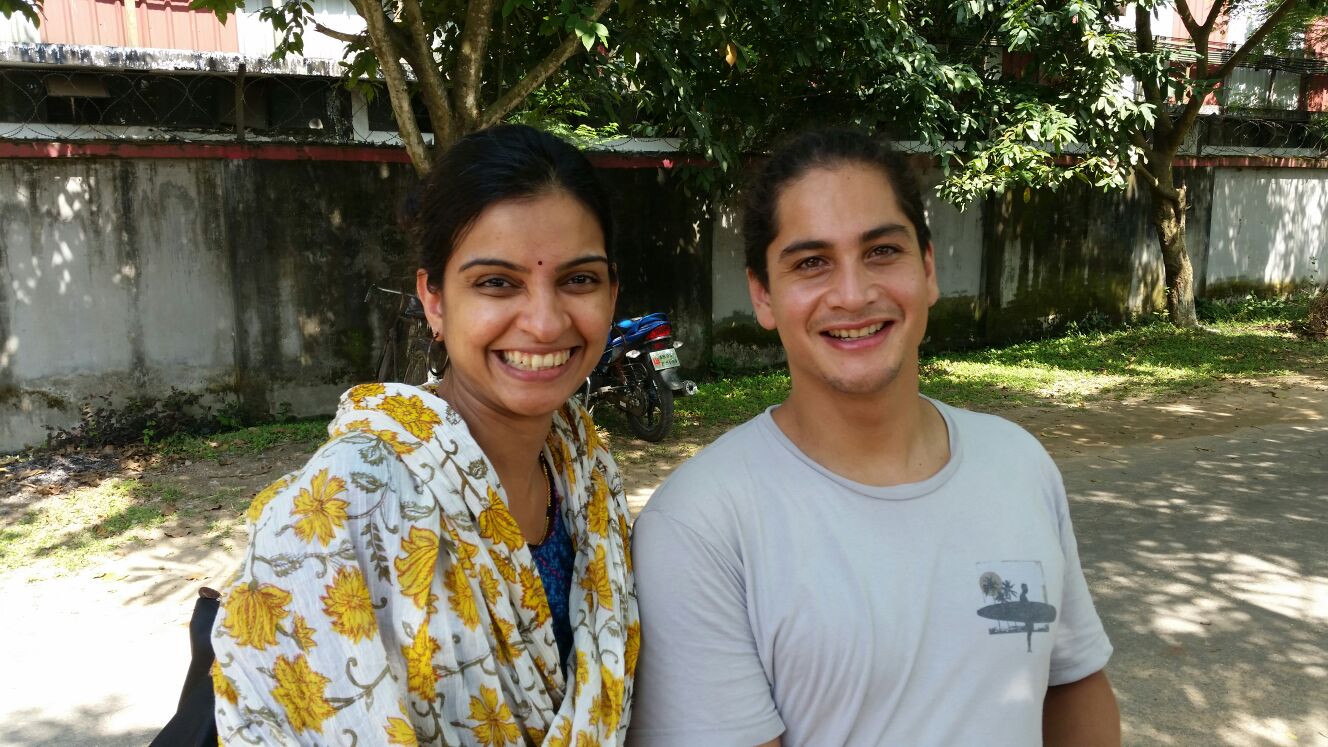 On board my flight to Delhi, I was not sure what to expect from the whirlwind travel schedule we had planned for the filming of the Women on Wings corporate film in Assam and Rajasthan. Too many thoughts crossed my mind, too many possible scenarios and too many what ifs. Now that I am back on my desk and have reflected on the trip, I can confidently say that it has been one of the most enriching experiences I have had in life.

The magic for me began when I started interacting with the women who live and work in these villages. Each one of them is her own special combination of poise, confidence, determination and drive. Each has a dream, a wish for a better future and a plan to achieve it. All of a sudden, in the middle of all the weaving and spinning I felt connected. Despite of all our differences, we are the same. We want to learn, to grow, to thrive and to achieve. It’s that simple. Each of the women I met was inspiring in her own way, but three of them managed to create a special place in my heart:

Mamoni, HR executive at Fabric Plus, is the first female graduate and is soon to be the first Post Graduate from her village in Assam. During our conversations she mentioned the societal struggles her parents had to go through to provide her an education. They were taunted, questioned and ridiculed, just because they supported their daughter’s wish to study. Mamoni is most grateful for the exceptional support she received from her family. She is passionate about her work and her future. She is confident and clear about her chosen path professionally. All this for someone who was a teenager just a couple of years back! I was spellbound.

Asha from Dhooni, Rajasthan, was another strong, confident young lady. She’s project executive at SRIJAN. Having had the choice to select a career with a Fortune 500 organization or work at the grass root level in rural India, Asha choose the later. She is assertive, smart and also very clear about her chosen path professionally. Thriving in a male dominated environment, Asha helped us with arranging things that would have been impossible for us to do ourselves.

Santosh, coordinator for seven self help groups, too has to survive in a male dominated environment, but she was thriving. Born and brought up in Juniya village, Santosh works as a coordinator for seven self help groups in the neighboring villages. She is passionate about helping other women by raising their awareness and income. She strongly believes that she can achieve anything that she sets her mind to. She also believes that her work will not only take her ahead but will ensure the village women achieve their own personal successes as well. Alongside her role as a coordinator, Santosh is pursuing her final year of graduate studies. All this from the tiny village she lives in.

As I concluded my trip, I was left with a positive lasting impression. An impression of the strong, determined young women who are making such a difference in these villages in rural India. I hope and wish that their tribe grows in leaps and bounds, that their energy and enthusiasm receives all the help and support and that they achieve all that they set out to and much much more.

In his play Midsummers Night’s dream W. Shakespeare wrote “Though She Be But Little, She is Fierce.” I too feel the same way about these ladies who will always remain special to me.
I am sure that they will touch and enrich the lives of many more people just like they have enriched mine.