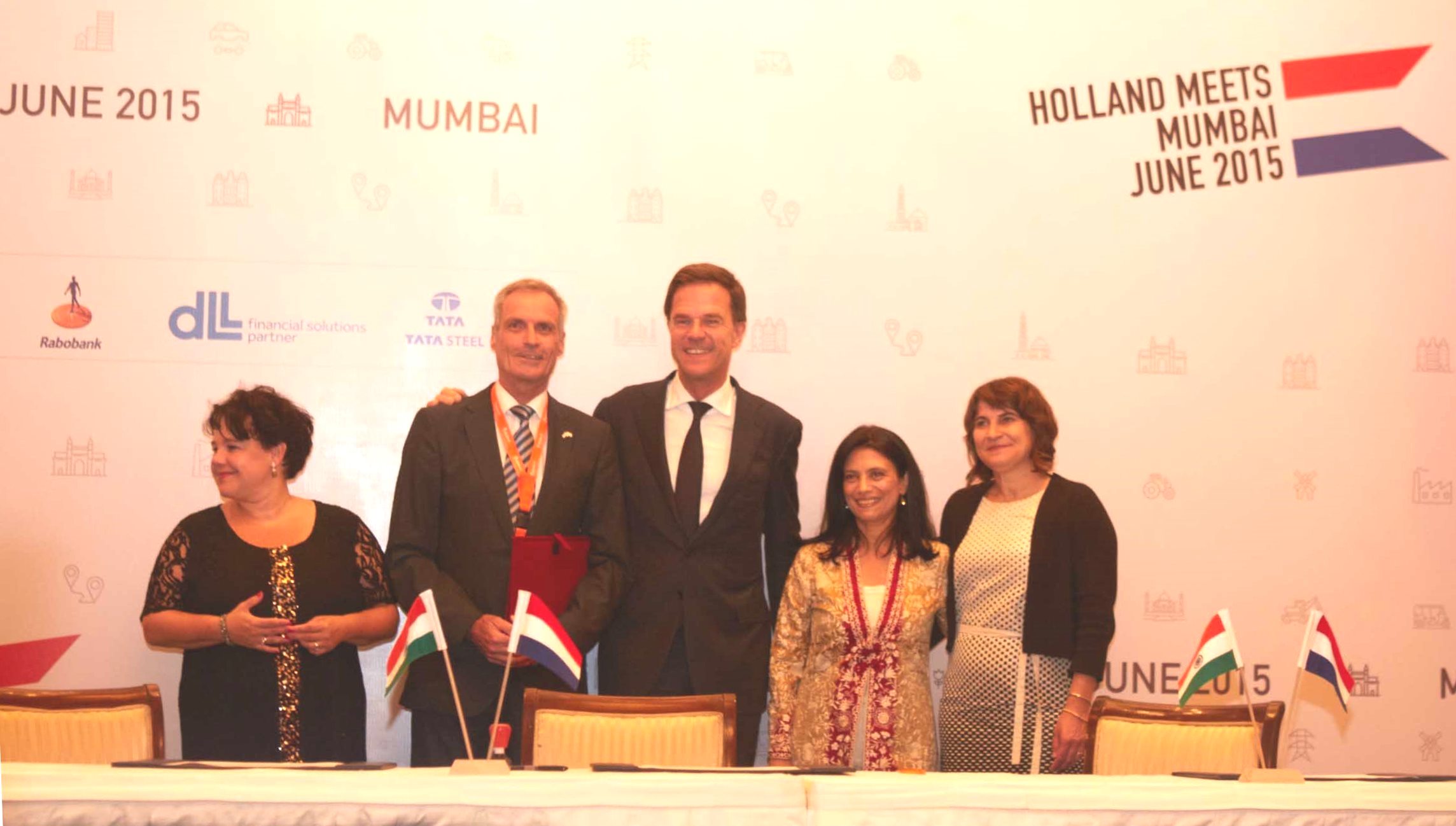 The economic mission to India led by Dutch Prime Minister Mark Rutte, turned out a great platform for Women on Wings and generated many useful contacts. From June 3 to 6, co-founder Maria van der Heijden and Ronald van het Hof, managing director Women on Wings India, took part in programs of the mission in Delhi and Mumbai.

Opportunities in Agro & Food
Women on Wings participated in match making sessions, networking receptions and various discussions, e.g. on the opportunities for collaborating with Small Medium Enterprises and in the launch of the Indo-Dutch CSR platform. Special attention this mission for the Agro & Food sector. Maria van der Heijden: “A day prior to the official start of the Mission, we participated in a dairy program. We visited farmers and dairy companies like Amul and Nestlé. We see an increasing number of new partnerships in dairy, so this extra program was most useful.” Next to this, Maria shared the perspective from a farmer’s point of view on the use of web-technology in agriculture in a seminar on this topic later that week.

Signing for sustainable scale of impact
During the match making reception at the closing event in Mumbai, Women on Wings signed contracts for collaborating with Tata Trusts and Swades Foundation in the presence of the Prime Minister and Lilianne Ploumen, Minister for Foreign Trade and Development Cooperation, and Sharon Dijksma, Minister for Agriculture. Ronald van het Hof: “We collaborate with both these esteemed Indian organizations on increasing the number of jobs- and livelihood opportunities for women in rural India. Next to this we identify potential partners in the network of Tata Trusts towards a greater sustainable scale of impact.”

Economic ties India and The Netherlands
Over 80 Dutch companies and 150 participants took part in the economic mission. According to the Prime Minister during his final speech in Mumbai, this was the largest mission in a long time. The PM stressed the importance of strengthening the economic ties between India and the Netherlands. This year, India’s economy is expected to grow with 7,5%. Opportunities are knocking and the PM is convinced that many will follow. This is only the begin, he said.