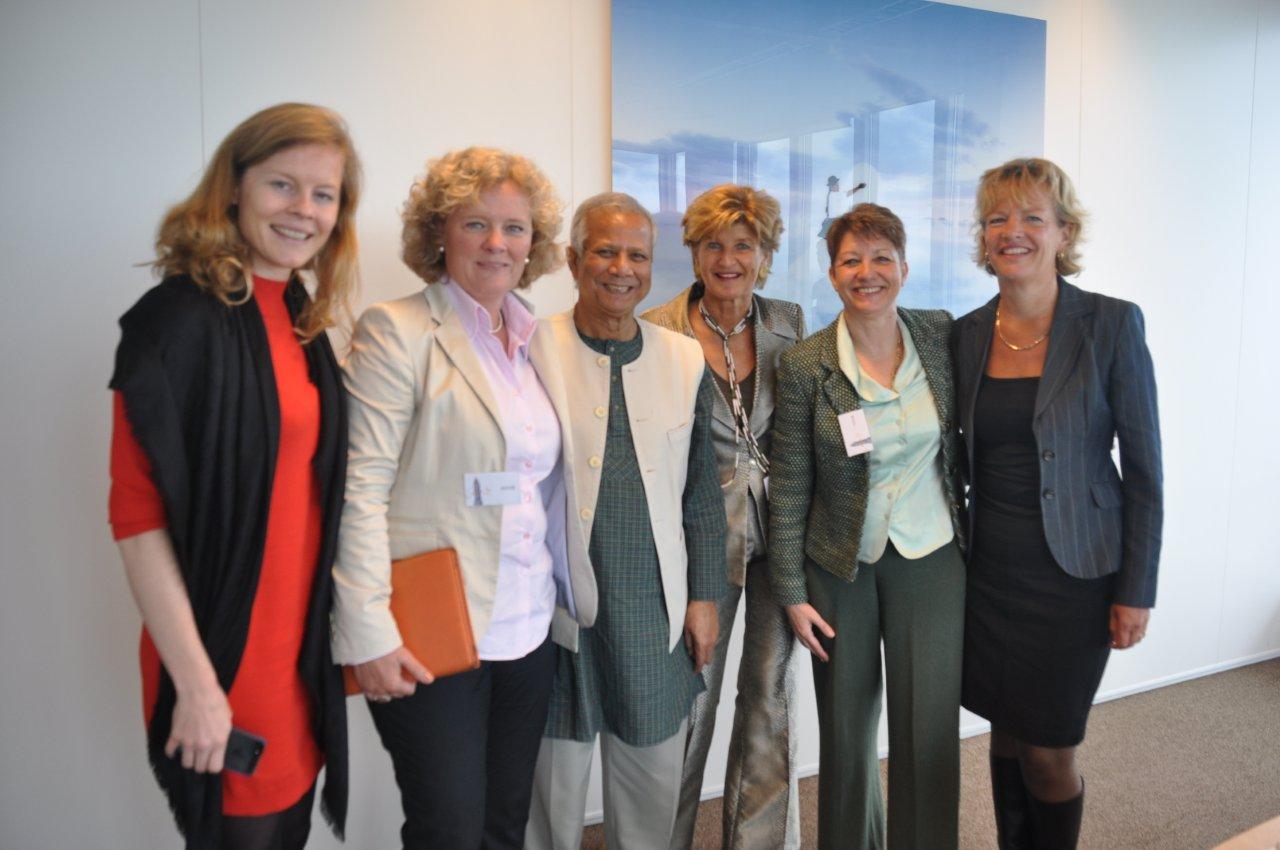 Today I had the privilege to be part of a lunch meeting with Professor Yunus, the founder of the Grameen Bank and honoured with the Noble Prize for Peace in 2006. The UBS Bank hosted this meeting in their office in Amsterdam;  Corinne Heijn brought together four social entrepreneurs to share stories. A great experience, imagine… We talked for two hours with Professor Yunus and his colleague Saskia Bruysten. Unable to share all the wise words, I just selected three soundbites.

Think big, act small
Find and select your biggest problem in the world. Have the hunger in your stomach to solve this huge issue. Then take a tiny piece of the problem and solve this.

Set demonstration
By solving the problem for this slice of the cake, you set an example for the rest. Look what works with a small group.
Example mentioned by Yunus: in California 18,000 people were dependent on food charity. The team took 18 people out of this group for change. These 18 people got a loan to set up their business and so became a benchmark for others.

Replicate
If something works, this can be replicated by people themselves. Ultimately, we are all the same people. All over the world.
Yunus started with microfinance in Bangladesh; nowadays the Grameen Bank also has 7 branches in the United States. “Microfinance is just a transformative process. Every human being is an entrepreneur, we just have to give faith to people and let them explore their own strength.”