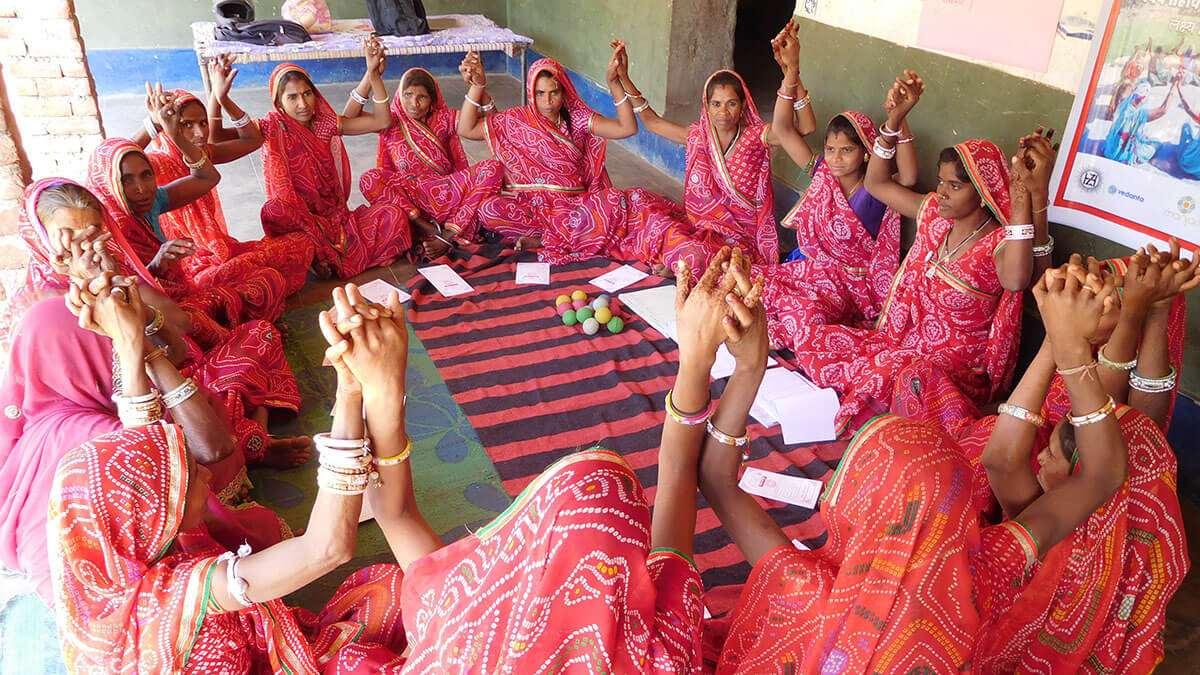 Rawa is a remote village situated in the harsh terrains of Girwa Tehsil in Rajasthan. Most men in the village are employed as day laborers; the women stay home and tend to the house. With barely any livestock and agricultural land there is an acute dearth of the means of livelihood. Until the women joined a Self Help Group that changed their lives in many ways.

Wives resisted husbands
The men would get the day jobs intermittently with no perpetual means of income. In case of emergencies, loans at high interest rates were provided by the Thekedars, or shop keepers. There was no common platform for discussions as everyone was involved in their own daily drudgery. But then three Community Resource Persons from Manjari Foundation approached the women to join the Khushi Self Help Group (SHG) and inspired them to start saving and investing for the future. Initially the men were skeptical and did not want their wives to become part of the SHG. They suspected the SHG would steal the money and badly influence the women. The women however resisted their husbands and joined the SHG and managed to keep meeting regular meetings every week.

Determination pays off
The women’s determination to save bore fruit; they have saved an amount of Rs 4500 (58 euro) plus an interest of Rs 78 (1 euro). Most of the money has been used to give loans for its members. Some women borrow money for their children’s education, health emergencies, wedding expenditures and other uses. Now they no longer depend on Thekedars for money lending. Being associated with the SHG has been transformative for the women. They not only have saved money; they also socialize, discuss issues at a common platform and now have aspiration founded in concrete financial plans.

Empowerment in red sari
The women feel empowered by the SHG, and capable of fighting the society that is holding them back. To mark this transformation and as a token of solidarity the women purchased red saris, to mark their individuality and sense of pride. The women now proudly proclaim that “this group helped us regain our confidence, build our self-esteem, and infused hope that no adverse situation can ever hold us back anymore. We will continue to move forward, one step at a time”. The group is a beacon of hope and progress in the remote village of Rawa, fueled by the courage and determination of the members of Khushi SHG.

Read more about the work of Manjari Foundation on its website.

How to engage more female farmers